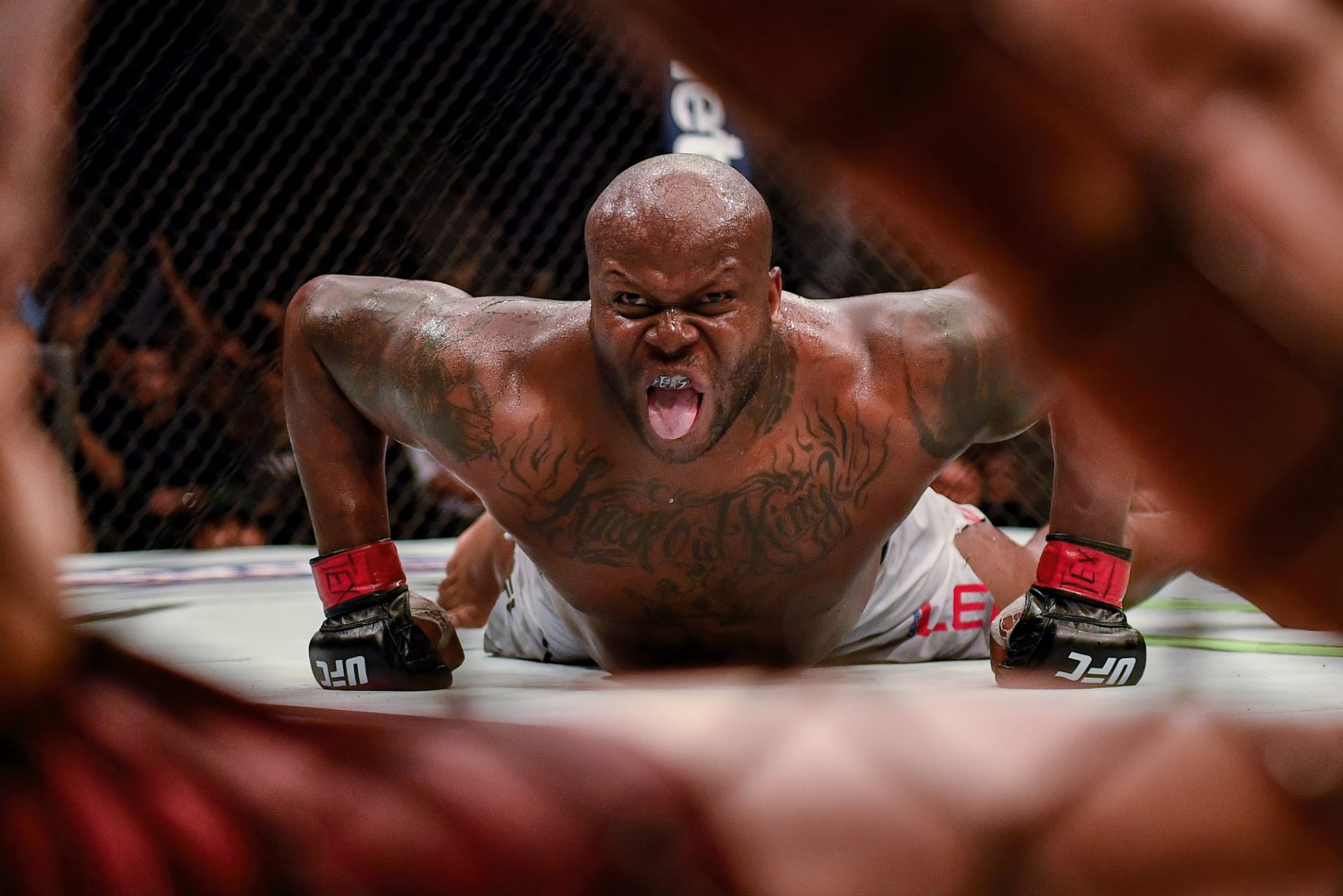 Seven years ago, not many would have scrolled down to see the preliminary card of UFC on Fox 11, which featured a name Derrick Lewis (25–7, 1 NC) making his Octagon debut. Fast forward to the present, he is one of the greatest heavyweight mixed martial artists in the entire world.

Now, ahead of headlining his second ‘numbered’ UFC event as he takes on Ciryl Gane for the interim UFC Heavyweight Championship at UFC 265, we take a look back at Derrick Lewis and his rise in the UFC.

UFC 265 was originally announced to be a heavyweight championship fight between the number 2 ranked Lewis vs the reigning titleholder Francis Ngannou. However, after the latter’s alleged refusal about the fight, an interim contest was set to headline the event with number 3 ranked Gane pitted against Lewis.

UFC 265 was also going to feature the reigning UFC Women’s Bantamweight and Featherweight champion Amanda Nunes in defending her Bantamweight belt against Julianna Peña, which is now postponed indefinitely due to Nunes testing COVID-19.

However, when the card was announced for UFC 265, Nunes was not featured to headline the event and instead, Derrick Lewis competing for an interim title was placed as the main event, which is a result of ‘The Black Beast’ and his fame in the promotion.

So, how did Derrick Lewis, despite clinching any UFC title, become such a prominent figure in the promotion?

Taking the Octagon, taking the internet

A huge chunk of Derrick Lewis popularity is credited to his prowess inside the cage, and the rest on what happened after he defeated Alexander Volkov on 6th October at the historic UFC 229 event.

UFC 229 was already destined to be the biggest UFC PPV of all time and being featured on the undercard of Khabib Nurmagomedov vs Conor McGregor, Lewis pulled a stunt that made him the center of attention on the online combat sports community.

With the audience at the T-Mobile Arena were pretty sure that Volkov was going to pick up a win as the Russian completely dominated Lewis throughout the first 14 minutes and 43 seconds of the fight, the latter was able to turn the fate of the fight in a matter of seconds.

With a staggering right hand, Lewis sent Volkov down to the canvas, and followed up with some thundering ground and pound with referee Herb Dean stepping in, awarding Lewis a remarkable comeback victory by knockout. 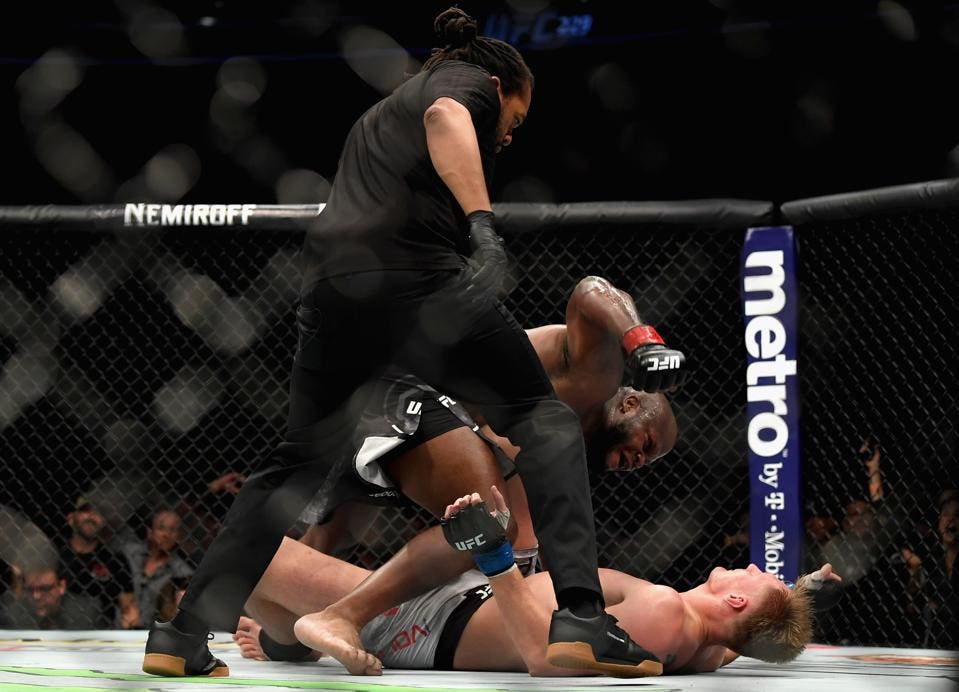 However, the stupendous comeback win was not the only thing that brought Lewis to the limelight. On the heels of his win, the American was seen removing his trunks and stripping down to his underwear. With Joe Rogan on the mic, Lewis was clear as daylight about his intentions- “My b***s was hot”.

This little stunt with his words made Lewis a superstar on the internet, taking the limelight over his KO of Volkov, so much in fact, Rogan himself went on his podcast to address Lewis as “that guy’s interesting.”

In case you had missed witnessing such a historic moment, check it out below-

On the heels of UFC 229, Derrick Lewis’ traction in the mixed martial arts fandom skyrocketed, so much in fact the 36-year-old was pitted against none other than the then heavyweight champion Daniel Cormier as the main event of UFC 230 which was less than one month away from the Volkov fight.

Being slated for a title fight in such a short turnaround time, in addition to Lewis himself being concerned about his stamina, possibly resulted in DC defending his belt, but one thing was for sure- the UFC had gained a new front face and fan favourite. 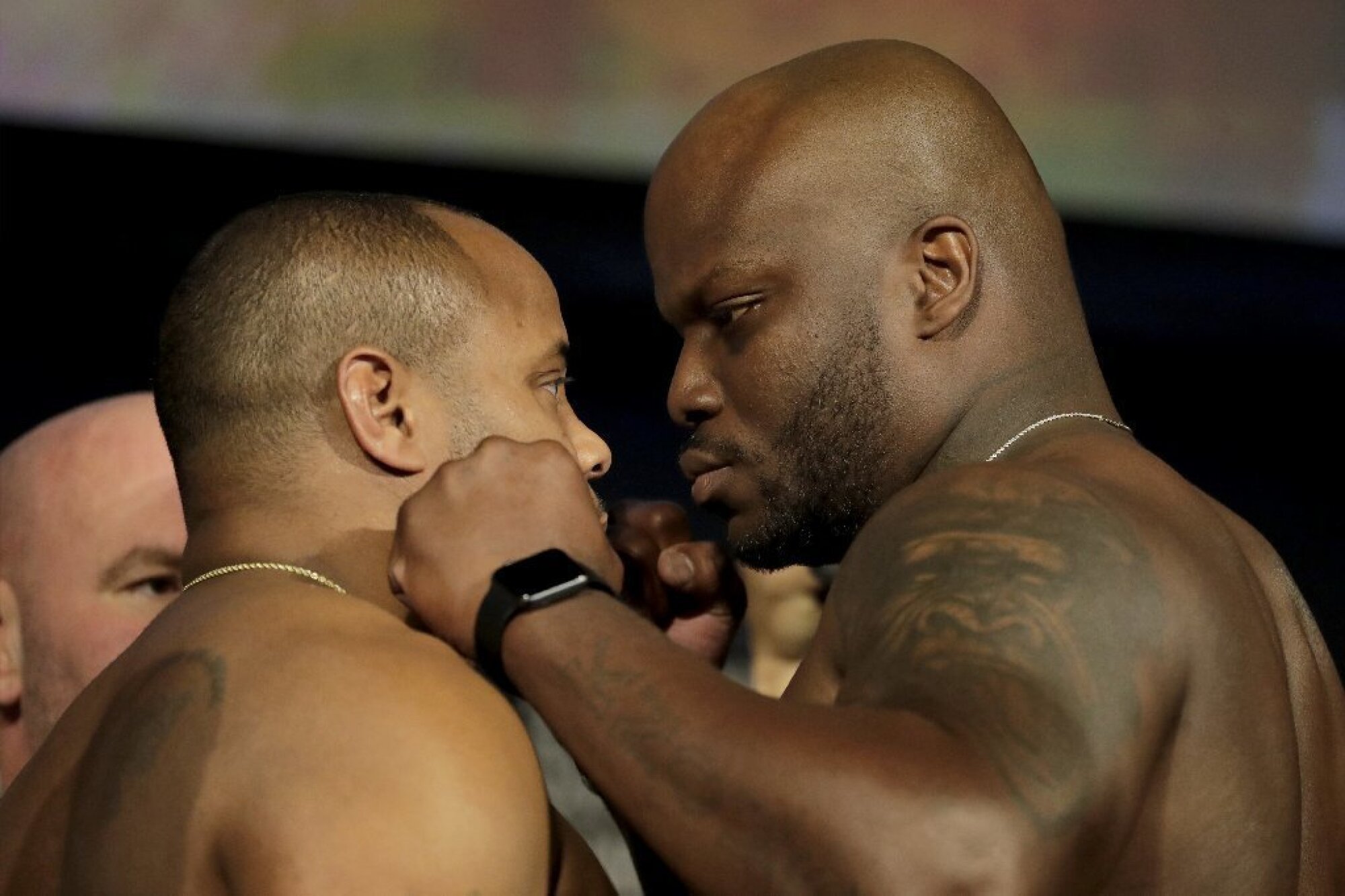 Following the loss to Cornier, Lewis suffered a second straight loss against former heavyweight champion Junior dos Santos in March 2019 at UFC Fight Night 146, but that remains the last time that a fighter got the better of ‘The Black Beast’ inside the cage.

Since then, Lewis has been on a four fight win streak, and his latest prey is Curtis Blaydes, the number 4 ranked heavyweight who suffered a 2nd round knockout defeat at the hands of Lewis at UFC Vegas 19 in February.

Now with Ciryl Gane and the vacant interim belt on the horizon, Lewis can move one step closer in challenging the reigning titleholder Francis Ngannou for the belt, but no matter what happens at UFC 265, one thing all MMA fans can agree for sure- Derrick Lewis already has the acclaim and marketability title around his waist, for now and years to come.