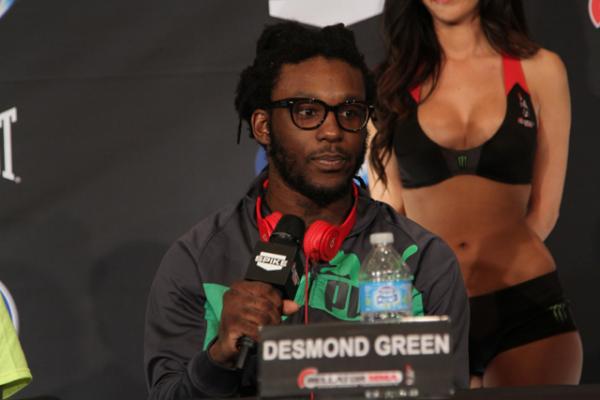 Desmond “The Predator” Green recently seemed in quite a hurry to finish his fight against the veteran Ross Pearson at UFC on ESPN: Gaethje vs. Barboza. Green did succeed as he won the fight via TKO in the very first round due to punches. He has now revealed that he wanted to finish the fight as early as possible and with minimal damage because he wants to quickly get back into the octagon in time to fight at a UFC Card happening in his hometown of Rochester, i.e. UFC Fight Night 151. 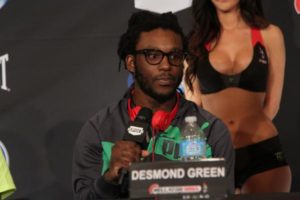 Green revealed his intentions of wanting to compete on that card during the post event media interviews. He even stated that he would even fight for free just to compete in his hometown. Here’s what he had to say:

I couldn’t ask for a better outcome. To be really honest, I was facing three big injuries. I messed up my groin, I was out for six months from my last fight because I had a torn ligament in my hand, and then I messed up some ligaments in my toe. Leading up to this fight, I faced a lot of adversity. I wanted to get on that May 18 card, so I wanted to get a finish. I didn’t want to hurt myself any more, and I literally didn’t get touched. I didn’t hurt myself.

I will literally fight anybody, I don’t care who it is. I’ll sign it as long as I’m on that card. I don’t want to fight for free, but I will. Put me on that card. Please, man. Please.