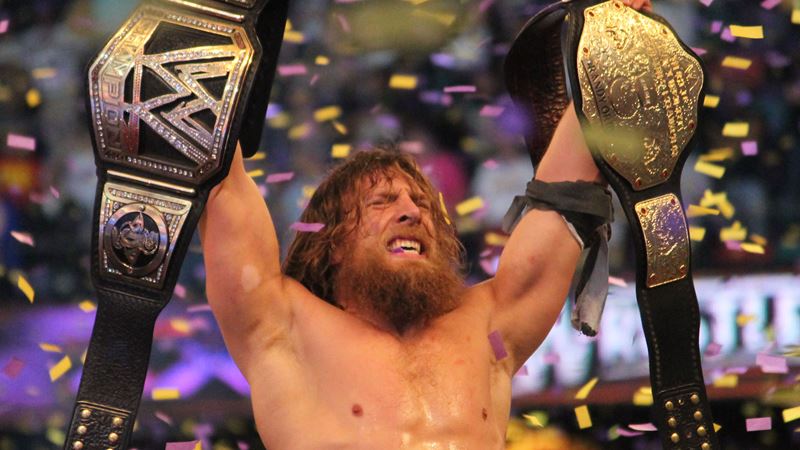 WWE publicly announced their decision to clear Daniel Bryan to compete in the ring once again. Later, on the very same day, the former World Champion also got physical for the first time in over 2 years in a segment with Kevin Owens and Sami Zayn.

Dave Meltzer of the Wrestling Observer Newsletter revealed that Bryan had to agree to some of the terms that the company made for this to happen. According to Meltzer, Bryan will have to go to the WWE Doctors backstage everytime he gets physical in the ring.

Bryan will have to undergo Impact testing and a neuropsychological evaluation after each match until WWE is officially comfortable with him wrestling.

Meltzer has reported that the current plan for Bryan is to partake in a tag-team match alongside Shane McMahon against Kevin Owens and Sami Zayn at WrestleMania 34. Nothing else is currently penned in for Bryan’s in-ring future.

As a company, WWE’s concerns regarding Daniel Bryan’s case are completely justified. Bryan’s return should be planned out very carefully until the obvious doubts and queries regarding his condition get properly resolved.

Several months ago, Bryan had stated that he did not really wish to return as a full-time wrestler on the Edge and Christian podcast. Here’s what the former World Champion said: (h/t wrestlinginc.com)

There’s no reason why I can’t return to doing what I love [wrestling]. It may never be full-time and it may never be this idea of ‘I’m going to go in and be the guy who main events every live event and stuff. I’m not even sure I want that. Now that I have a child, I don’t want to be away from her that much. But to say that I can’t wrestle say 50 to 100 matches a year or to say that I can’t do Jerry Lawler and Terry Funk are still doing in their 60s. I also want to give the caveat of this: if at any point along with all of this if somebody said there’s a real indication that I should not be wrestling, I don’t want to wrestle. My health is 100% more important than coming back to wrestling. Being a good father is more important than going out there and expounding on my belief that doing more hammerlocks in wrestling is good for the business!

Previous articleBoxing: Billy Joe Saunders vs Martin Murray postponed due to Injury
Next articleUFC: Anthony Pettis speaks out about his troubles