Devin Powell gets his testicle ruptured by Joe Lauzon in training 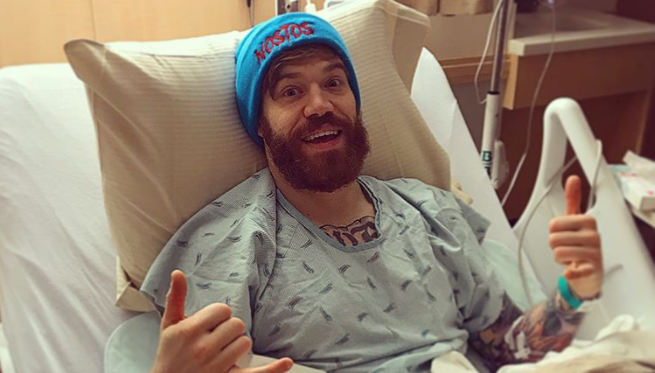 UFC fighter Devin Powell underwent a surgery recently after his testicle was ruptured by Joe Lauzon in training.

Powell, who came up through Dana White’s “Lookin’ for a fight” series, noted on Twitter that the incident happened while he was training knees on the ground with Lauzon.

“Thanks to the fine ambulatory services in Wells, ME, I am checked into the hospital and ready for surgery. Shout out to Joe Lauzon we’ve been practicing knees on the ground and he successfully ruptured my testicle with his sheer power. His opponent has no chance in April … now to get the blood clot drained and the goods repaired . I waited a day and a half to be seen.. word for the wise, if you hurt yourself, go get checked out. Dana White, Sean Shelby, how about a NY UFC fight coming up… this will be quite the comeback story . Share this and help me get the ball rolling on my next Fight and follow my journey… pun intended” Powell posted on his Instagram along with a picture of him in the hospital.

Lauzon responded to the post through his Twitter account and admitted that it was a fail from his side. Despite the surgery requirement, Powell appealed for a fight in the upcoming New York Event and also posted second post hours after his first one.

In his second Instagram post, Powell revealed that the surgery was a successful one and that he is eager to return. Powell last fought at UFC Fight Night 112 where he suffered a split decision defeat against Darrell Horcher.