Did Cody KO TJ Dillashaw? See the video and decide yourself 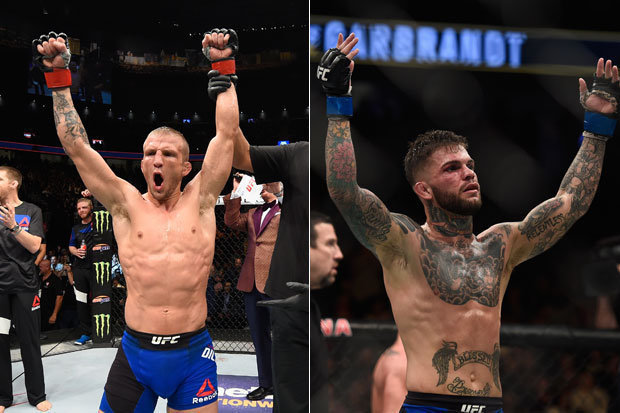 The ongoing feud between Cody Garbrandt and TJ Dillashaw is now almost legendary and is one of the few rivalaries which doesn’t seem concocted just to fix the fight. There seems to be genuine hate and mistrust between these two and as part of the feud Cody has been claiming to have KO’ed TJ in sparring while TJ was still with Team Alpha Male. TJ very famously left Team Alpha Male the prompting the others to call him a snake. Ironically when Conor Mcgregor was telling Urijah Faber to be careful of TJ Dillashaw, it’s Cody who got up and got ready to fight Conor and actually pushed him as well.

Well Cody has now released the video and we will let you decide for yourself whether it first of all is Cody and TJ in the video and secondly whether TJ gets KO’ed or not.