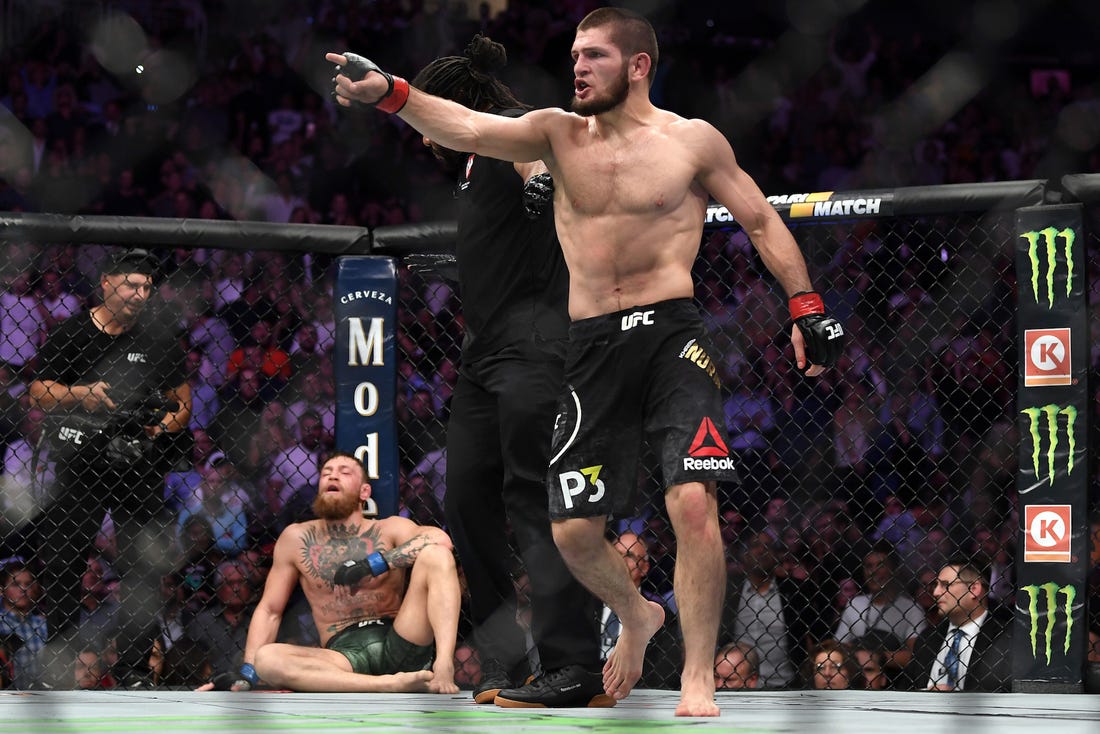 UFC lightweight champion Khabib Nurmagomedov is set to defend his title against Tony Ferguson at UFC 249 on April 18. It’s a highly anticipated fight and fans have been wanting to see the fight for a long time now.

The pair have been previously scheduled to fight four-times now and all four times have both fighters pulled out. Khabib Nurmagomedov pulled out of fights in 2015 and 2017 because of injuries, while Tony Ferguson also pulled out in 2016 and 2018 for the very same reason. 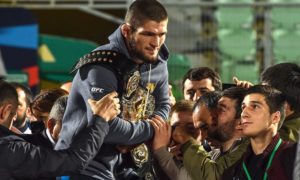 Ahead of the fight, both fighters had a press conference earlier this month in Las Vegas. Neither fighters held back when it came to trash talks. While Khabib called him stupid, Tony fired back saying he was going to mop the floor with Khabib’s head.

While the trash talk was going on, Tony Ferguson made a ‘street fight’ comment that seemed to have triggered Khabib Nurmagomedov.

“Who are you?” Nurmagomedov fired at Tony Ferguson at the street fight jibe. “You’ve fought a few American guys. You’ve never fought in the streets. I’m from (Russia). I can eat you. What are you talking about?”

Khabib Nurmagomedov’s coach at the American Top Team Javier Mendez revealed the real reason behind Khabib’s reaction. He revealed that fighting is the streets is the way of life for young boys in Dagestan. He shared his experience with Shaheen Al-Shatti of The Athletic.

“We went to a picnic, with horses, with (UFC lightweight) Islam (Makhachev). And these studly world champion guys that did grappling and world champion wrestlers were there — and they had their kids out there go out and go at it,” Mendez said. “And then shake each other’s hand, And they just do it for fun, you know?

“It’s legit. I mean, the comment Khabib made (at UFC 249’s pre-fight press conference) when Tony (Ferguson talked) about street fighting and stuff, I’m like, dude, over there — if there’s a grievance over there, they go at each other man-to-man, beat the hell out of each other, win or whatever, then shake (hands), ‘Thank you very much, brother. You taught me a lesson.’ That’s what they do.” (H/T – The Athletic)

Khabib was finally asked by Shaheen if he ever lost in a street fight. To which Khabib replied, “No…..No…Never.”

Previous articleUFC News: Real reason why Khabib specifically targeted Dillon Danis when he vaulted the cage at UFC 229
Next articleMuay Thai fights in Bangkok cause sharp increase in coronavirus cases