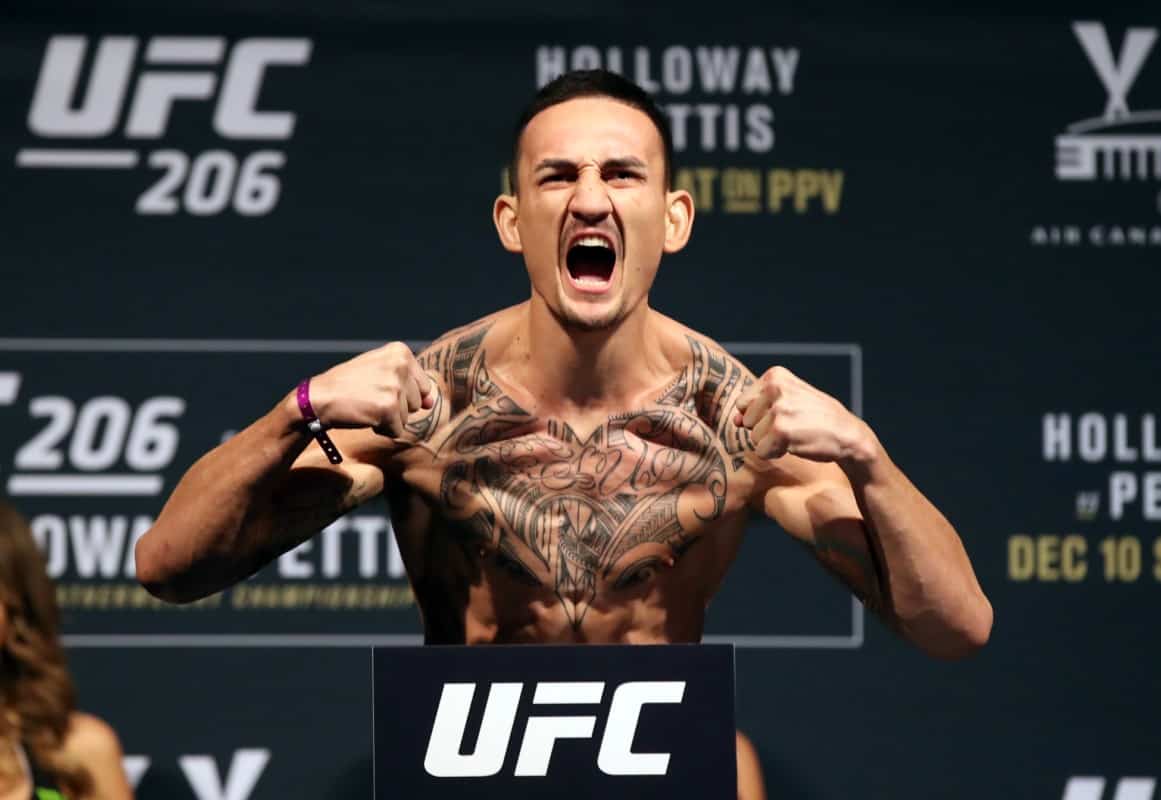 With current UFC lightweight champion Khabib Nurmagomedov on the shelf until November, the idea of an interim 155-pound title fight is gaining some steam.

Reigning UFC featherweight king Max Holloway, who has long been interested in a move up to lightweight, added fuel to the fire earlier today when he hinted at a potential interim title fight with lightweight contender Tony Ferguson.

Holloway may have cited an incorrect Wikipedia billing for UFC 236 set to go down on April 13th, but the following tweet was enough to spark interest among fight fans: 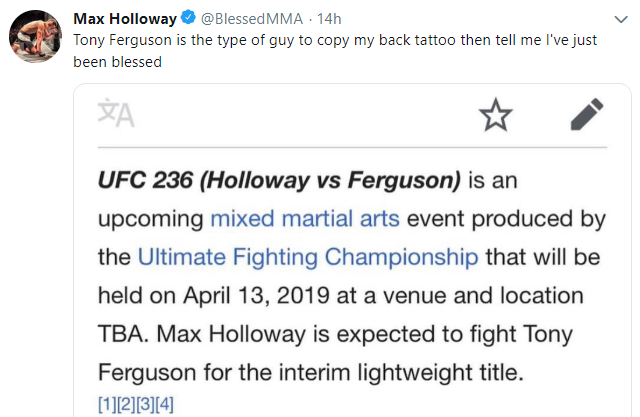 “Tony Ferguson is the type of guy to copy my back tattoo then tell me I’ve just been blessed,” wrote Holloway.

It should be noted that the rumored Holloway vs. Ferguson bout has since bee removed from UFC 236’s Wikipedia page. Holloway and Ferguson’s reps always failed to respond with comment when contacted

While this pairing holds no true water at this time, it’s interesting that Holloway went out of his way to point out the potential of fighting Ferguson for the interim lightweight strap. Even if no such bout was being discussed among UFC officials, it’s nice to know that “Blessed” would be game to throw down with “El Cucuy” should the promotion look in that direction.

If an interim lightweight title fight was to be introduced in the absence of Khabib, it’s more likely that UFC includes the likes of Conor McGregor, who is coming off a submission loss to Nurmagomedov back at UFC 229. McGregor has already been linked to a lightweight clash with Donald Cerrone so that seems to be the leading horse in this race.

We’ll find out sooner rather than later if this Holloway tweet turns into something bigger than a talk about back tattoos, as UFC 236 is still without a main event.