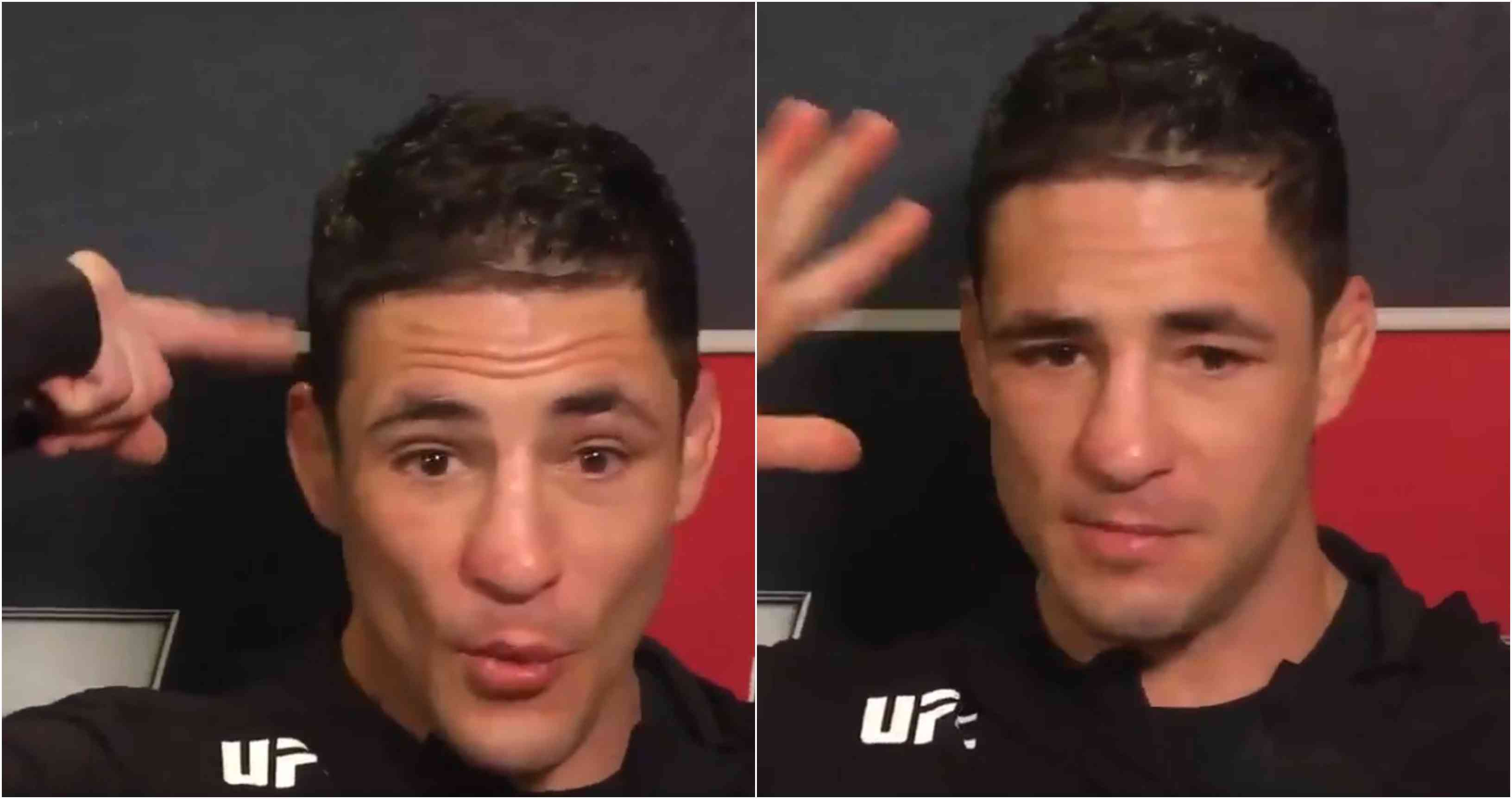 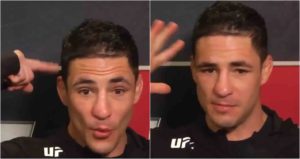 However, his post-fight interview was equally entertaining as his fight with Mickey Gall. Backstage in an interview with Brett Okamoto of ESPN, Sanchez mocked people calling him weird and crazy. He also revealed the secret for his young looks and anti-ageing.

“What I do for anti-ageing, I go and learn from the master super-human Iceman Wim Hoff, I am doing stuff that no one else does, because people say ‘Oh Diego, you’re so weird, you’re such a weirdo, you’re bipolar, you’re crazy, you have CTE‘…NO!! I am outside the box, I thrive outside the box,” Sanchez said.

He then went on to say that he is absorbing energy from the storm and living in another dimension.

“That’s where creative genius lies in Diego Sanchez and this year I got back to that and that’s why you are seeing the success, back to the guy on the ultimate fighter, absorbing energy from the storm…..outside in the lightning storm,” Sanchez told Okamoto.

“Yeah, that sounds like a freaky ‘schizo/nutso’ kind of thing, but it’s real for me and I live in a completely different dimension,” Sanchez concluded.