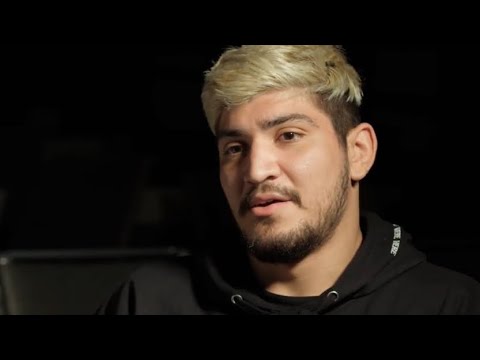 Bellator MMA middleweight Dillon Danis has always been quite famous, or rather infamous for his trash talking and banter towards his fellow fighters. Danis has now again made the headlines. In a recent interview, Danis talked about his fellow former professional BJJ wizards who have recently crossed over into the world of MMA. Particularly Danis’ remarks regarding Bellator’s AJ Agazarm have caught everyone’s eye. 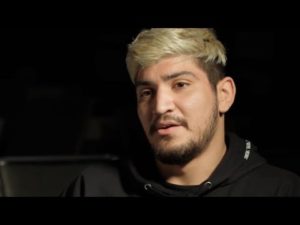 Danis claimed that Agazarm was on the verge of being cut from Bellator MMA after losing his MMA debut, but was given another opportunity because of Danis. Here’s what he had to say say regarding Agazarm, Gary Tonon and Kron Gracie:

We (Bellator MMA) were gonna cut him after that. I talked to Scott (Coker) about it and we were like, ‘should we cut him’, yeah yeah we were gonna cut him. But then I was like, ‘no, you give him another fight.’ Like back in the day before he turned into who he was. He was like a fanboy, sweetheart. He is someone who has always wanted to wow me.

I didn’t really mind that, but then he switched over and he has been trying to call me ever since he became popular.

I am happy for him you know. At the end of the day we are all coming from the same sport. We are all representing the same art so I was happy for him. He looked like he has transitioned into MMA really easily which a lot of the guys cannot do and you know let him do what he has to do and then one day we will fight. I believe that, that fight will happen for sure.

He looked good. In the stand-up he surprised me with a big left hook and yeah I have always liked Kron as a fan, he has had some beef with me for a while, I don’t know why but I was happy that he did good. It makes all of us look better.

What did @DillonDanis think of fellow BJJ specialists Garry Tonon, Kron Gracie and AJ Agazarm's recent MMA fights? He broke them all down at the #Bellator222 press conference

Previous articleBeautiful Gina Carano Pics
Next articleDarren Till and his boys steal a cab in the Canary Islands; get arrested for it