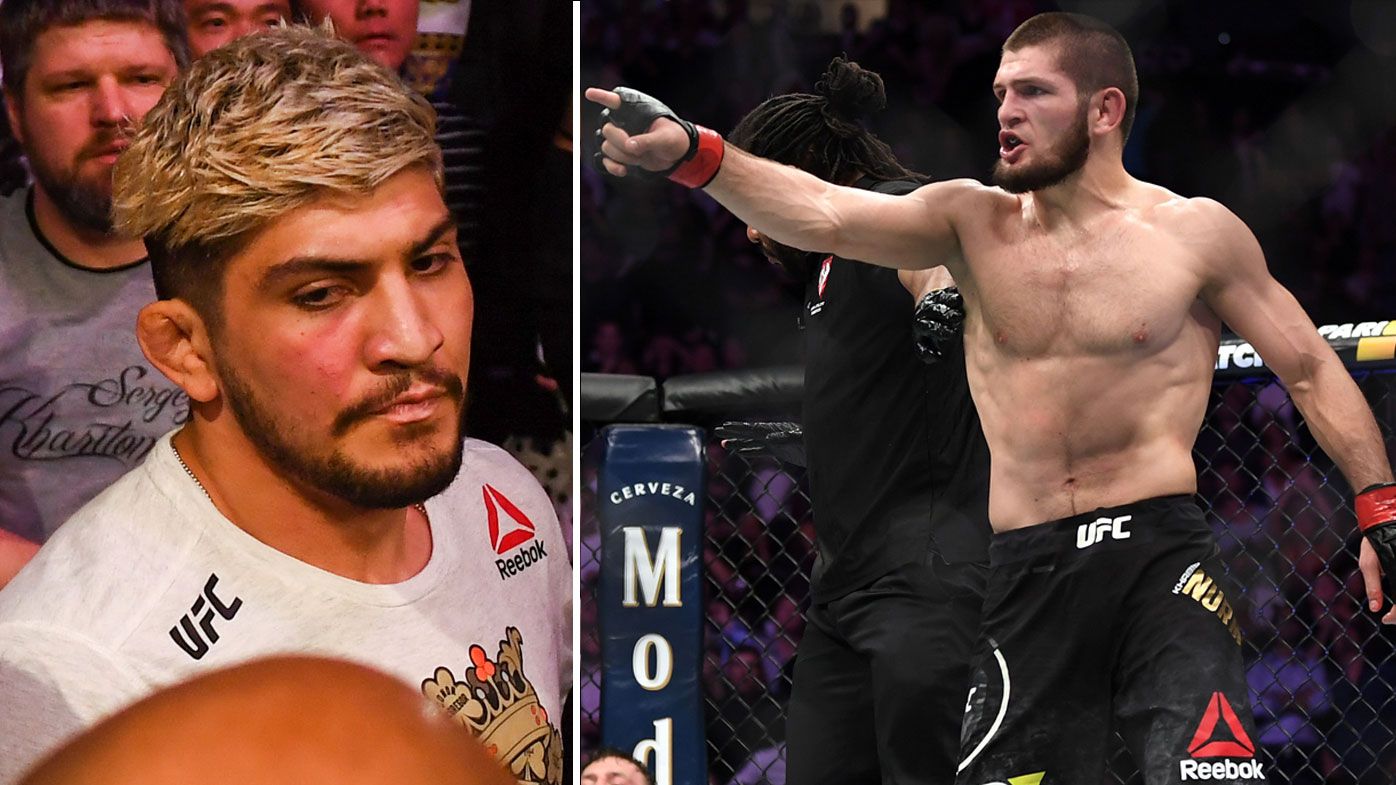 Dillon Danis then sprung back and started to wade into Nurmagomedov. He connected with a couple of blows and Khabib has forced back himself before being pulled from the scene by the security team present at the T-Mobile Arena.

However, it turns out the reason why Khabib jumped onto Dillon Danis was that of the religious abuse that Dillon kept on spewing on Khabib throughout the fight.

Following the incident, Dillon Danis told in a statement to ESPN, that he was a part of a smear campaign.

“Khabib fans are attempting to smear me in an attempt to justify his actions,” Danis told ESPN. I have never and would never denigrate anyone’s religion. I look forward to the results of the Nevada Gaming Commission [sic]’s investigation which will reject this bulls*it claim and put the blame where it belongs.”