Dillon Danis gives his prediction for Khabib vs McGregor rematch 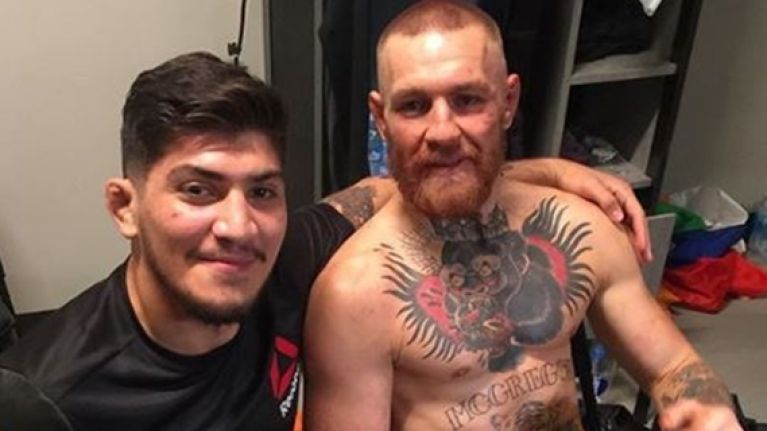 Dillon Danis recently talked about a rematch between Khabib Nurmagomedov and Conor McGregor, stating that the two were definitely destined to fight. When he did talk about the two of them fighting, he mentioned who he thought would win such an encounter.

Dillon Danis found himself heavily involved in the post-main event brawl at UFC 229. After Khabib had successfully made McGregor tap out, he jumped up over the fence at Danis and kicked him. The two engaged in a scuffle, while the rest of fighters also devolved into a brawl. Since then, everyone involved in the brawl was punished, including Danis. He was handed a 7-month suspension as well as a $7,500 fine.

Conor McGregor and Khabib Nurmagomedov were suspended for 6 months and 9 months respectively, but there has been a lot of buzz about the two facing each other in the Octagon. The two might end up in a rematch soon.

Danis, for one, was sure they will face each other, and when they do, it is McGregor who will come away with the win.

“All I know is when Conor knocks him out cold it will feel f*****g sweet. It will happen, mark my words, trust me. I train with him, I know. Trust me.”

With Dana White also talking about the prospective bout, it could very well be in the works for UFC.