Dillon Danis on Khabib brawl: I was trying to uppercut him but he was running away! 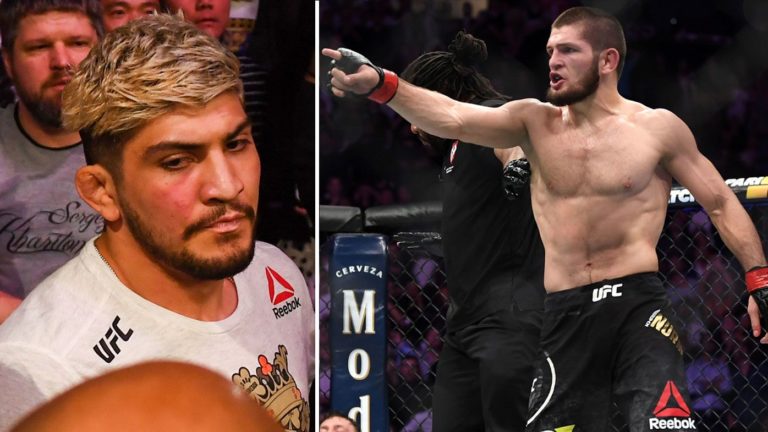 Dillon Danis was cornering his teammate Conor McGregor. Danis connected with a couple of blows and Khabib has forced back himself before being pulled from the scene by the security team present at the T-Mobile Arena. 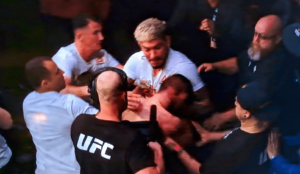 Now Danis has opened up about the incident in an interview with The Schmo.

“No, he didn’t connect,” Danis said. “You know what’s funny when he jumped over the thing, and he had his feet and his arms up, so like, he didn’t really know what he was going to hit me with. So I was like, am I going to get kicked right now or punched? I kind of just blocked then I hit him with a right hand, and then I remember him coming forward, and I was uppercutting him, and then he was just trying to run away, and I was trying to grab his head.

“It was just whole mayhem and then everybody was getting punched, and cops were going all over the place, and … he didn’t touch me at all. I remember hitting him with a good amount of shots, and then I just remember him trying to pull away and run away from me, and I was trying to cup his head and uppercut him. But it was mayhem. Everything happened so fast.” (H/T – MMA Junkie)

Dillon Danis is set to fight Kegan Gennrich at Bellator 238. He is coming off of a first-round submission victory over Max Humphrey at Bellator 222. Prior to that, he defeated Kyle Walker at Bellator 198 in his MMA debut.

Danis is currently at Las Vegas helping his friend and training partner Conor McGregor prepare for his upcoming fight against Donald Cerrone at UFC 246. The fight will take place on January 18 at the T-Mobile Arena in Las Vegas.