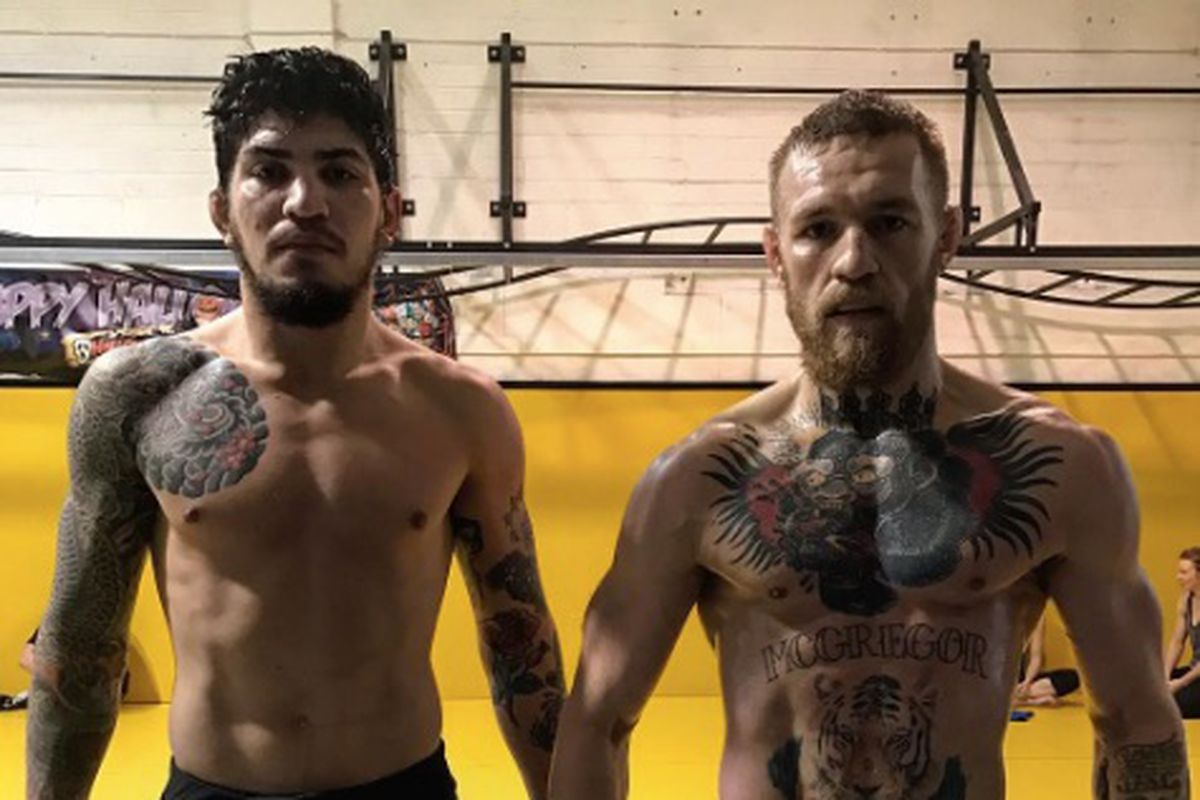 Dillon Danis is finally about to enter the Octagon again for his second fight in Bellator MMA. His fight is set to take place at Bellator 221 against Max Humphreys. However, before that, he admitted that his involvement in the brawl was not the worst thing in the world.

Dillon Danis was handed his retroactive suspension for 7 months along with a fine of $7,500 from the Nevada State Athletic Commission for the role he had in the UFC 229 brawl. He opened up recently about his involvement in the brawl at UFC 229.

He denied that he had made any of the religious insults that he had been accused of making. He said that his primary focus had been on guiding Conor McGregor during his round. Instead, he got weird vibes from both Khabib and that Ali Abdelaziz was only trying to actually start trouble. He recalled the attack by Khabib. He also recalled the entire incident being a bit ‘fun’ while extremely strange.

“I remember I hit him with a right hand and then I got him in the clinch and had like a collar tie on him and was throwing uppercuts. It was weird because usually when you fight someone they want to fight you. He wasn’t coming toward me, he was going away from me and I kept trying to bring him back in the collar tie. It was the weirdest thing ever. It was just mayhem after that.” — h/t MMA Junkie

Currently, he is waiting for his fight in May, by which time he will be cleared to compete again.

Previous articleDillon Danis vs Max Humphreys set for Bellator 221 on May 11
Next articleLuke Rockhold undergoes knee surgery, out for three weeks
- Advertisement -