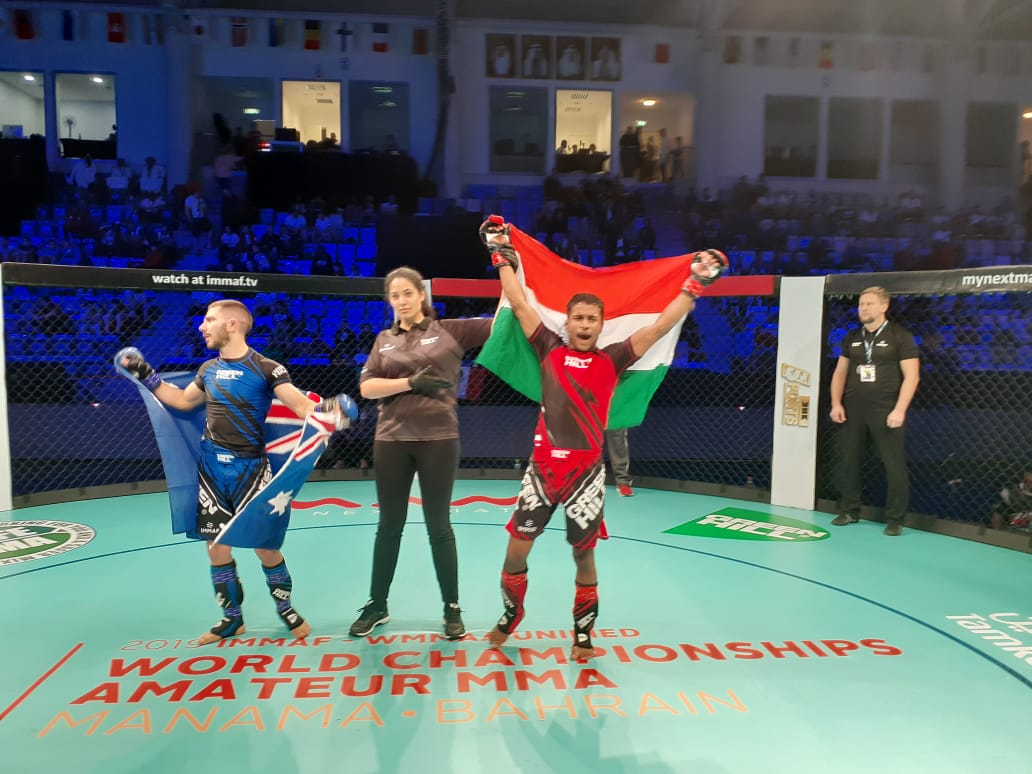 Dinesh Naorem suffered a first round loss in his round of 16 match up after being caught in a guillotine in the very first round, attempting a takedown on his opponent.

Naorem, whose base is wrestling, shot for a single leg slam takedown but ended up caught in a guillotine and in his opponent, Israel Galvan’s full guard.

MMA India are told that the fight lasted lesser than 45 seconds and that Dinesh ended up passing out in the submission rather than tap.

Mahboob Khan, on the other hand, became India’s first athlete at the World Championships to pick up a win for the country at the tournament. He defeated Troy Fumo of Australia in a unanimous decision victory.

Mahboob broke India’s duck at the tournament after 7 other fighters all lost their respective first fights and exited the competition.

The IMMAF-WMMAA Unified World Amateur MMA Championships are currently being held at the Khalifa Sports City, Isa Town in Bahrain.

Previous article
3 Indian junior fighters lose at the Amateur MMA World Championships
Next article
Watch: The Rock’s inspiring answer to the question of whether he ever gets depressed or anxious