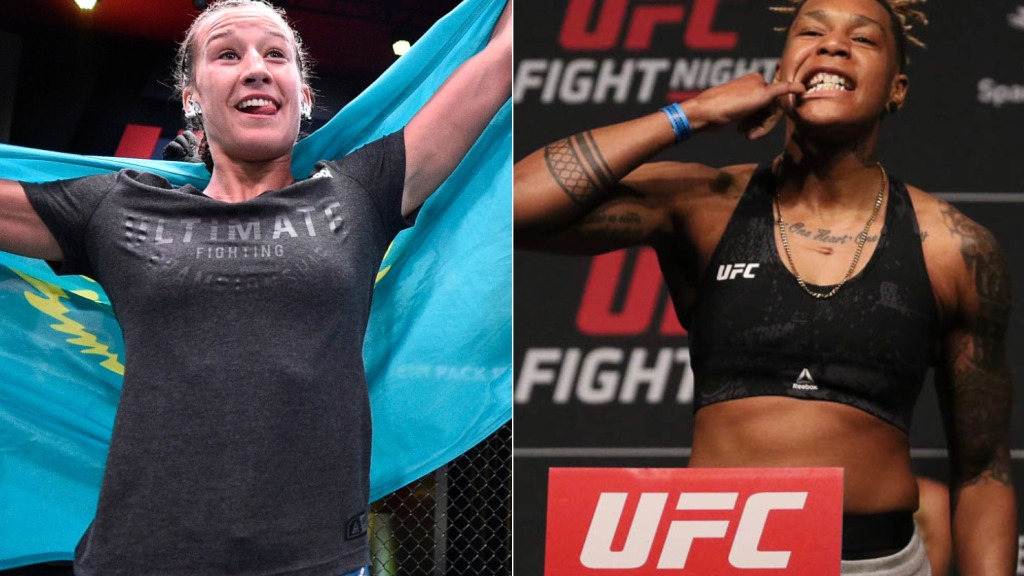 In one of the biggest upsets in UFC history, Shana Dobson shocked the entire MMA community after defeating the favorite Agapova via TKO. After earning a Performance of the Night bonus in her UFC debut in June, flyweight Mariya Agapova was expected to walk away with an easy victory on Saturday night in Las Vegas over Shana Dobson.

Agapova was a staggering -1400 favorite in the fight, and Dobson had lost each of her three UFC fights leading into Fight Night at the Apex. 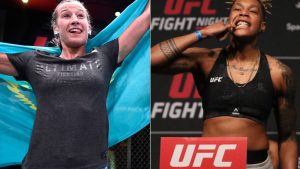 Instead, Shana pulled off one of the biggest upsets in UFC history, cashing as a +800 underdog with a second-round TKO finish. She weathered Agapova’s quick start in the first round, and after establishing a strong position on the ground in the second, Dobson forced the referee to wave off the fight with a flurry of strikes to Agapova’s head.

Shana D. was 3-4 in her career entering the cage and had lost three consecutive fights. Compared to Agapova’s run of three straight stoppage victories, it wasn’t hard to see why Dobson stood as such a massive underdog. But after Agapova ran out of gas, Shana took over, unloading with huge strikes on the ground to force the improbable TKO.

Dobson’s win was the biggest upset in the UFC since Holly Holm’s stunning knockout to end the dominant run of Ronda Rousey in November 2015, a fight where Holm was a +870 underdog.

Officials were forced to stop the fight once Dobson (4-4, 2 KOs) got Agapova (9-2, 3 KOs) facedown on the ground and began wailing on the back of her head. The 23-year-old tried her best to break free but had clearly lost all momentum and strength. It was without question the most shocking moment of the night and one UFC fans won’t quickly forget.

“I’ve been doubted my whole career, and this fight I was doubted a huge amount,” said Dobson, who earned a $50,000 performance-of-the-night bonus.

In an interview, she made the following statements-

“I didn’t know what the betting odds were until I stumbled upon them on accident when I was betting myself. I was confident. Like my coach says, ‘We’re excited, but we’re not surprised. We already knew.’

“She had a lot of hype behind her coming in and, I don’t know, we have been doing this way too long. Y’all doubted me way too hard, but it’s all good. I’m glad I was able to put on a great performance for the fans and get it done tonight.”