Does Lesnar retiring make a mockery of USADA and the UFC? 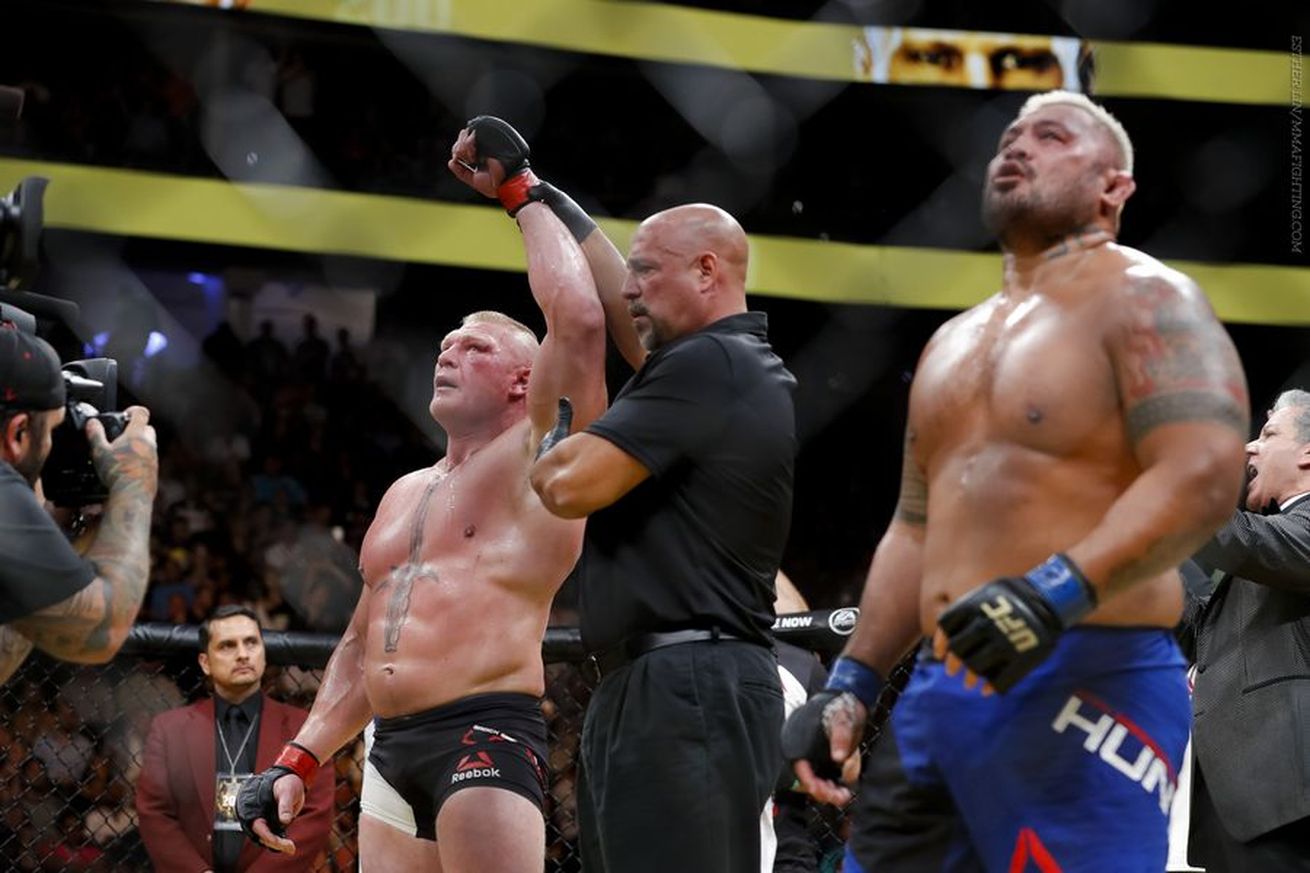 The past couple of days have been eventful in the world of MMA. From the news of GSP’s return to the Holly Holm – Germaine de Randamie fiasco in New York, there has been a lot of buzz among the MMA fans. One of the more perplexing stories, however, has been the recent string of roster cuts in the premier MMA organisation in the world.

While the likes of Lorenz Larkin – whose contract negotiations with the UFC had stalled months ago – have been released by the company, one major name that raised quite a few eyebrows was that of Brock Lesnar’s. It was then reported that the reason why UFC decided to release Lesnar, was because Brock had informed the promotion that he was retiring from the sport of MMA.

This comes as both – a surprise and with a sense of inevitability.

Lesnar last competed in the UFC at UFC 200, where he faced – and defeated – Mark Hunt. However, the win was later overturned to a no contest, with Lesnar getting popped during his pre – fight drug test, and also during the test which was done on the night of the event.

Lesnar’s case was fundamentally different from everyone else’s in the promotion. Lesnar was – and still is – signed to WWE. Vince McMahon had agreed to let Brock fight on arguably the biggest UFC PPV of all time, and in return, both the promotions struck a deal to cross – promote each other’s events.

However, this once again proved that certain performers are given preferential treatment; while WWE Superstars and UFC fighters were left fuming, the UFC officials were the ones that actually had to deal with the mess Lesnar had left behind.

Mark Hunt has since filed a civil suit against UFC, and a lot of people questioned UFC’s inability to hold Lesnar accountable for his actions. While the SAC has since levied a one year suspension, Lesnar’s retirement makes a mockery of USADA’s drug testing policy, and the MMA promotion itself. 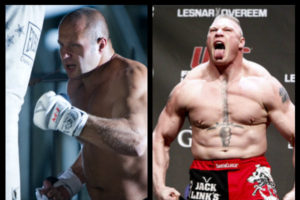 Will Lesnar’s case set precedence for the others?

From the very beginning, the Brock Lesnar – UFC deal wasn’t conventional. Lesnar was exempted from the mandatory enlistment in the USADA testing pool at least four months prior to a fight. It was also rather ironical that Mark Hunt, at least a month prior to UFC 200, accused Lesnar of taking PEDs.

Hindsight can be profound, but at the same time, Lesnar’s situation could easily set precedence for other fighters in the future.

It’s rather comical to see fighters such as Chad Mendes and Nick Diaz being treated rather harshly, over the likes of Lesnar and Jon Jones. While UFC itself holds no accountability in the suspensions dished out by the athletic commissions, one has to wonder what metrics the commissions use to decide the suspension period for different fighters.

Lesnar’s suspension meant that the former UFC Heavyweight Champion couldn’t compete for a year – till July 2017. Lesnar was also fined 10% of his disclosed pay out – a measly amount considering the fact that Lesnar had already signed a lucrative contract with WWE.

Let us consider a situation – however unlikely – where someone like Ronda Rousey, a big name fighter, decides to sign with WWE and temporarily retires from MMA. Would their case be any different from Lesnar’s if they decide to come out of retirement? The answer wouldn’t surprise many people.

What Lesnar’s retirement now means for the world of MMA

Brock Lesnar, although retired, will now give promotions such as Bellator MMA the opportunity to get more star power on their roster. Bellator MMA also now has the opportunity to make one of the biggest fights a reality, between Lesnar and ‘The Last Emperor’, Fedor Emelianenko. Fedor, who last fought in the United States nearly six years ago for Strikeforce, will be fighting former UFC heavyweight contender Matt Mitrione this weekend.

Lesnar could also be tempted to fight for Rizin FF, given the fact that the Japanese promotion would be willing to break the bank to bring Lesnar back to Japan for one night. UFC found itself in a precarious position with Lesnar, and with Brock intimating the promotion about his decision to retire, UFC took the most sensible decision to cut Lesnar from the current roster.

Will UFC’s decision to let Lesnar go come back to haunt them? Only time will tell; however, if the additions of Rory and Fedor tell us anything, it is that Bellator MMA would be willing to splash some serious cash to get Lesnar on board.