Dominick Cruz on TJ Dillashaw: He’ll be back better than ever! 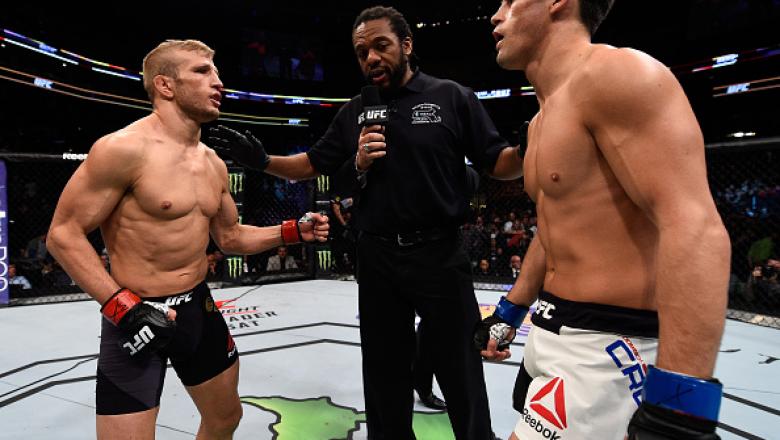 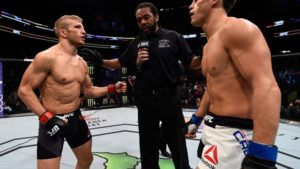 Cruz recently gave an interview to ESPN. Here’s what he had to say about Dillashaw’s situation:

I actually feel bad for him. The world believes that there is an asterik next to his name, same with Jon Jones. So at this point I think he is gonna come back, two years that’s nothing. I’ve been out longer than that. And he is just gonna get healthy. All that is going to happen is TJ Dillashaw is going to take two years, raise his kids, probably be a good father to his son, his kid which is better to his family. He is going to heal up.

I honestly think when TJ Dillashaw comes back, he is going to be than he was when he left. Because he is gonna be rested and he is going to have time for his family.

“I honestly think that when TJ Dillashaw comes back, he’s going to be better than he was when he left.”@DominickCruz on Dillashaw’s two-year suspension (via @arielhelwani) pic.twitter.com/RkZZK13Uvu

Luke Rockhold on Jon Jones vs Anthony Smith: Maybe he was down to his last picogram!

Previous articleLuke Rockhold on Jon Jones vs Anthony Smith: Maybe he was down to his last picogram!
Next articleKelvin Gastelum and Israel Adesanya show massive respect to each other after UFC 236 war