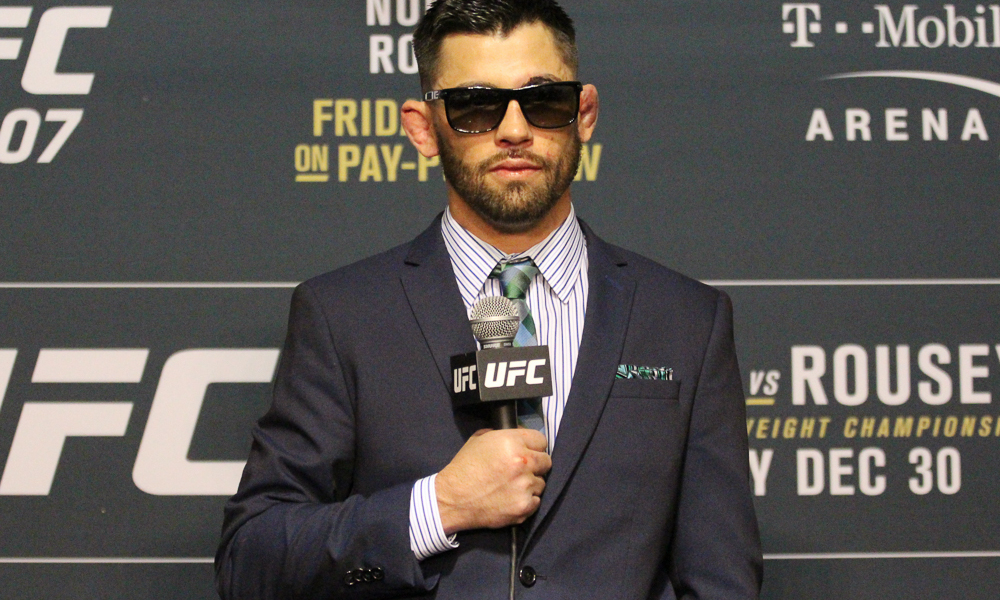 Dominick Cruz might not be fighting John Lineker in his most anticipated return to the Octagon.

As reported by a prominent media house,that the former UFC champ has suffered an injury and won’t be available to fight John Lineker at his scheduled fight at UFC 233.Few of Dominick’s closebies have reported that he is indeed battling an injury but there’s no official confirmation from the side of Cruz and neither from the UFC on Cruz not being able to take part in  the January 26 fight.

This had not been Cruz’s first injury related incident though.The veteran had previously gone through a long string of injuries.The first one happenned way back in 2012 after he suffered a torn ACL.He was scheduled to return against then Bantamweight champion Renan Barao at UFC 169 on 2014 for a title unification bout but got his groin torn and couldn’t take part in the fight.He returned nearly after 3 years in September 2014 and won against Mizugaki but again torn his ACL in his other knee and was again sidelined.He finally came back in 2016 January and won the title against then champion Dillashaw,defended his against his arch rival Faber and ultimately lost to Cody Garbrandt at UFC 207 on December of 2016.From then on he was scheduled to fight Jimmie Riviera last year but sufferred a broken arm in training and offlate the news of him getting injured while making a comeback against Lineker has been making the noise.

Cruz has been an active analyst for FOX Sports during his time away from the cage.

It was also reported that Garbrandt would be the possible replacement for Cruz against Lineker but Cody’s team had reported that he won’t be available until March of next year as he is currently nursing a hand injury.