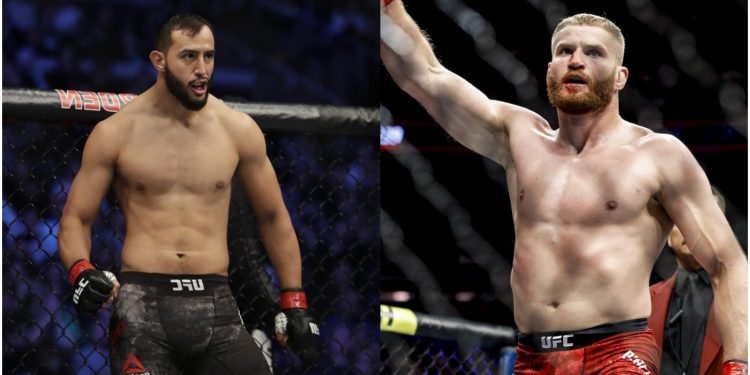 It was recently reported that Reyes vs Blachowicz is scheduled to take place in the near future. Meanwhile, it was also reported Jon Jones and UFC have had a positive discussion regarding the current Light-heavyweight champion’s near future and the possibilities of jumping a weight class up. 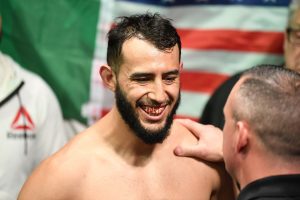 ESPN’s Brett Okamoto was quick to report on Twitter that the UFC is lining up Dominick Reyes vs Jan Blachowicz at UFC 253.

“Breaking: A 205-pound fight between Dominick Reyes (@DomReyes) and Jan Blachowicz (@JanBlachowicz) is in the works for Sept. 26. The fight is nearly agreed to, but the stakes are being worked out. UFC is working with current champ Jon Jones right now to figure out his next move.”

“If Reyes vs. Blachowicz ends up being for a title, I wouldn’t IMMEDIATELY assume it’s Jon Jones vs. Stipe Miocic next. Maybe. That’s a big fight. But hasn’t been discussed yet, far as I know. They’re figuring 205 out right now. Francis Ngannou still very relevant at HWT.“

If you take everything into consideration, you’ll observe that the heavyweight and light heavyweight division has become one of the top attractions for the MMA fans and the community. At the level these fighters are competing inside the octagon, it is not surprising to see it gain this much popularity over the recent years.

With so many close and controversial decisions taking place, it’s tough to see a clear winner in both these divisions. Many people might disagree and believe that Jon Jones is the undisputed champion who has never lost. This statement might seem fair to say now but with the performances put up by the other top contenders, it has given the fans a reason to believe otherwise.

Jon Jones had previously fought Dominick Reyes and emerged victorious due to the judge’s decision. It was a nail-biting match where many fans believed that Dominic Reyes was robbed out of a win.

Many people wanted to see a Jones vs Reyes 2, but talks about Jones vs Francis and Jones vs Stipe Miocic started getting more attention which eventually led to Dominic Reyes settling for Jan Blachowicz.

With Jones set to officially move up a weight class and enter the Heavyweight division, it may start a war between the top three fighters namely Jones, Miocic and Ngannou for the UFC Heavyweight title. The whole dynamics would be stirred up in the division if Daniel Cormier decides to return in his last attempt to win the heavyweight belt once again.

Which match-up are you eagerly waiting for?