Dominick Reyes, Katlyn Chookagian both willing to give ‘dominant champions’ Jones and Shevchenko immediate rematches if they win 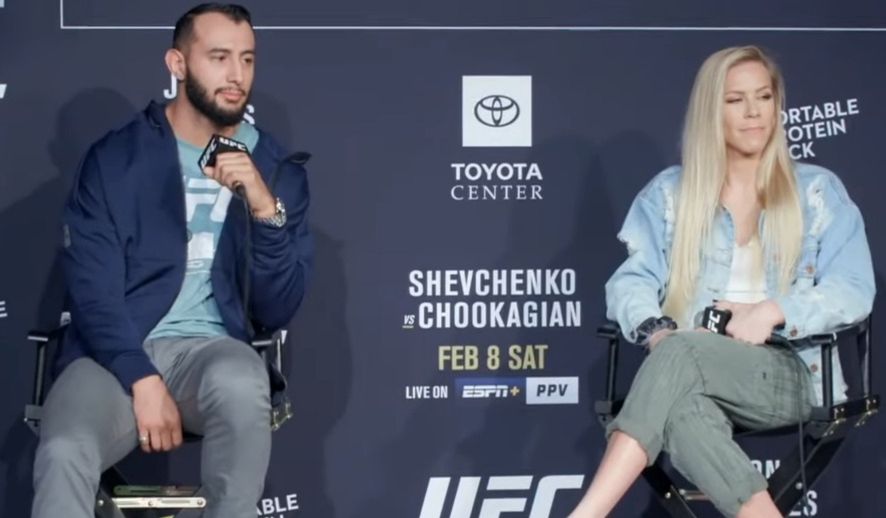 The fight takes place at the Toyota Center in Houston, Texas.

Both Valentina and Jones are the most dominant fighters in their respective weight classes. Reyes and Chookagian are a heavy underdog heading into this fight. 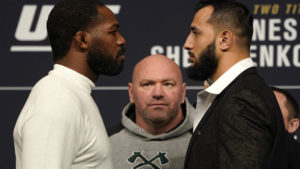 However, both the underdogs have tremendous self-confidence heading into this fight. In fact, Chookagian and Reyes said that they would give the current champions an immediate rematch if they won.

“He definitely deserves a rematch after I beat him,” Reyes told the media at Wednesday’s UFC 247 athlete panel.

“Yeah, absolutely. I mean every time there’s a dominant champ and they lose, you know I feel they deserve that. So yeah, I would give Valentina an immediate rematch,” Chookagian said. (H/T – MMA Junkie)

Jon Jones last stepped inside the Octagon back in July at UFC 238 where he defeated Thiago Santos in a close fight. On the other hand, the 29-year old Dominick Reyes is currently 12-0 inside the Octagon and is coming off of a KO win over former UFC middleweight champion Chris Weidman. He has also defeated the likes of Volkan Oezdemir and Jared Cannonier inside the Octagon.

Meanwhile, Valentina Shevchenko is coming off of a successful defense of her UFC Women’s Flyweight Championship with a unanimous decision victory over Liz Carmouche. Her 4-fight win streak at 125 lbs is the longest active UFC win streak in the division.

On the other hand, Katlyn Chookagian is coming off of two back to back unanimous decision victory over Jennifer Maia and Joanne Calderwood. She has won 5 of her last 6 fights inside the Octagon.

It’s a big fight for her and she said earlier this week that her approach to this fight hasn’t changed despite it being for the title.

“I think it’s just another fight. Yes, it’s the title, and that’s what we’re all here for,” Chookagian said during a media call. “You can’t put these fights on a bigger pedestal. Every fight seems like the biggest fight.

“I prepare specifically for Valentina, but I’m confident in the way I’ve trained. Of course each time you make adjustments to try to get better and improve. My mentality is the same for every fight: train as hard as you can so you can be prepared at the day of the fight.” (H/T – Sherdog.com)

Do you guys think the underdogs will be able to pull the massive upsets?