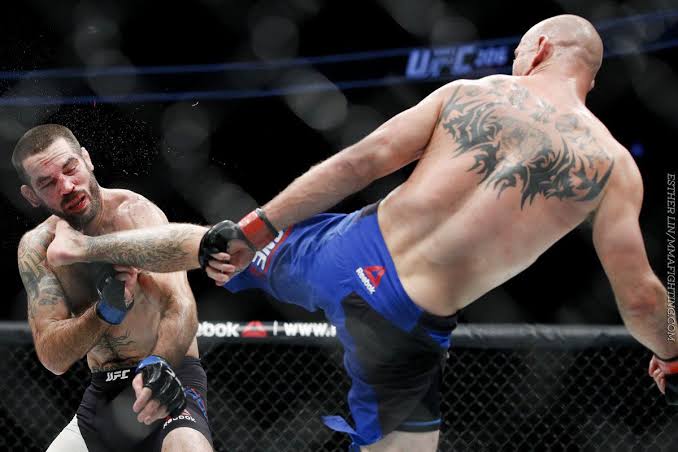 Cowboy absolutely decapitated a surging Alexander Hernandez. With Cowboy winning in an impressive fashion, the stars are aligning towards a rumoured matchup associated with Cowboy. What would be a red panty night, against former double champ ‘The Notorious’ Conor McGregor. McGregor appreciated Cowboy’s fight and also verbally agreed to fight him. 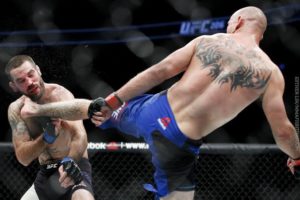 Cowboy, who is now in Australia as a guest fighter for UFC 234, was asked as to how would he like to defeat McGregor. Cowboy claimed he would love to finish McGregor the same way he finished Hernandez, with a vicious head kick in the second round. (via YouTube):

“This is a fight that I think everyone is going to love,” Cerrone said during a fan Q&A, which MMAjunkie attended, ahead of Saturday’s UFC 234 event in Australia. “I’m very excited to be involved with him. How am I going to beat him? I’m going to go out there and give it hell like I always do.

“(My prediction is a) second-round head kick (knockout),” Cerrone said.

UFC President Dana White also expressed a wish to see Cowboy vs. McGregor and the winner to take on the winner of Nurmagomedov vs. Ferguson fight. However earlier today in a shocking revelation, Cowboy took to Instagram to claim that he might fight McGregor for the interim lightweight title.

The booking would be unfair for #1 ranked and former interim champion Tony Ferguson who is on an unprecedented 11-fight winning streak and is next in line. Also #3 ranked surging Dustin Poirier is knocking the door for a title shot.