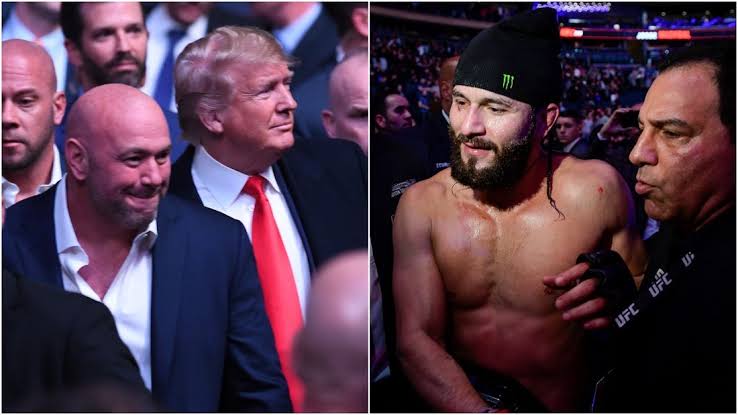 The card at Madison Square Garden featured an epic main event of two gangsters as Jorge ‘Gamebred’ Masvidal defeated fan favorite Nate Diaz via third round doctor stoppage to clinch the BMF title wrapped around his waist by none other than Dwayne ‘The Rock’ Johnson.

For the first time ever, a UFC event was attended by none other than the President of United States of America, Donald Trump. 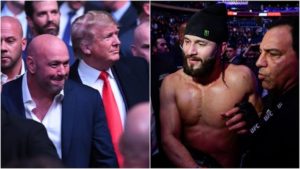 Earlier in an interview, Masvidal claimed Trump to be the ‘baddest motherf**ker’ irrespective of somebody’s political views. However after his domination of Nate Diaz, Trump responded by congratulating Masvidal and calling him ‘champ’. (via Twitter):

Masvidal tweeted saying he has been ‘humbled’. (via Twitter):

Diaz suffered two huge cuts around his eye however the doctor stoppage, considering the magnitude of the fight, did made the end a bit anticlimactic. Especially keeping in mind the stylistic aspect as Diaz, known for his extreme cardio was expected to pick up from fourth round and had a vague chance to win despite being behind on scorecards.

However, the fight for how it lasted, Masvidal showcased clinical destruction of Diaz. Masvidal cut Diaz open with a huge elbow and knocked him down with a vicious head kick in the first round. Diaz would eventually try to comeback but Masvidal but catch him everytime coming in and later on implemented body shots to slow Diaz down.

Previous articleUFC: Jorge Masvidal on stepping in at UFC 245 if main event falls through: “I’d be the hero they need, but they don’t deserve!”
Next articleDr Nitin Sethi faces threats, online harassment after stopping Diaz vs Masvidal