Former USA President Donald Trump has congratulated Vitor Belfort after his latest win over Evander Holyfield in their boxing match which took place at the Seminole Hard Rock Hotel & Casino in Hollywood, Fla. Evander Holyfield and Vitor Belfort fought as the main event of this fight card of Triller Fight Club Legends II on Saturday. For this event, former USA President Donald Trump and his son Trump Jr. were these guess commentators. Along with Trump and his son, other guys in on the commentary booth were the former UFC heavyweight champion Junior Dos Santos, and welterweight contender Jorge Masvidal. 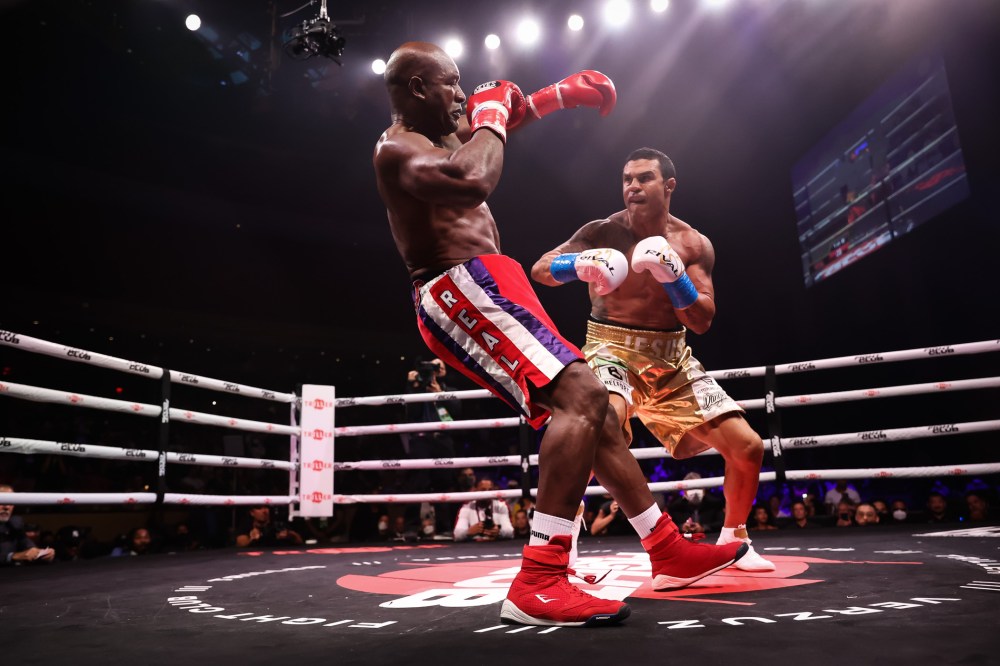 The fight ended pretty quickly as Vitor landed some heavy shot on Evander and wobbled him in the early first round of the fight. He dropped Holyfield on the mat with a vicious uppercut and the referee started the count. the referee let the fight start but Belfort kept the pressure on and landed some heavy shots that made the referee jump in quickly to stop the fight as he had seen enough. Evander initially denied the stoppage and looked surprised but later understood that the stoppage was right but he still wasn’t happy about the loss.

“You are some fighter,” Trump said. “I have to tell you, you have a couple of friends between Jorge and Junior, and my son, my ‘junior,’ they said you’re going to do fantastically well…I said, ‘Well, but boxing’s not his thing.’ Junior said, ‘Yes it is, you just watch.’”

“You are a great patriot and we appreciate it,” Trump said (h/t MMAjunkie.com). “Vitor, your stock was very high, but it’s even higher tonight because you beat somebody who is, I don’t know, I think probably one of the greatest of all time. There’s no question about Evander and we love Evander. I know Evander, and I’ve never seen that happen to Evander. I’ve been with Evander a long time and it’s just one of those things, you were really fantastic.”

All the appreciation for Belfort came after he took Trump’s tagline in his pre-fight as he stated he wants to make Americ Great.  “Let’s make America great again!” 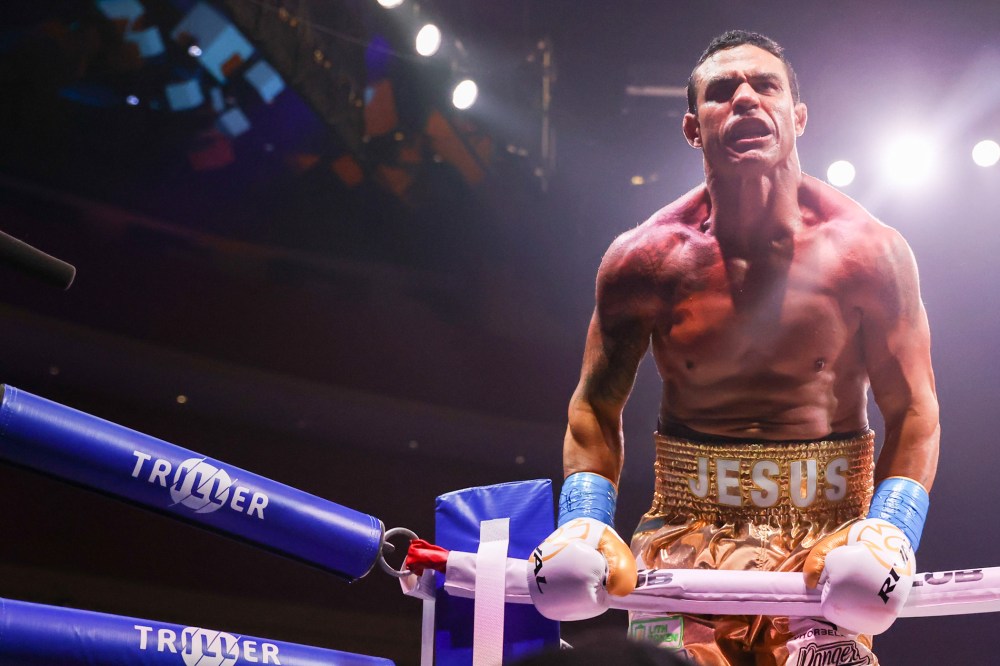 Victor Belfort was originally scheduled to fight Oscar De la Hoya, but Oscar tested positive for COVID-19 before the fight and was shortly replaced by Evander. Now after Belfort’s amazing win he has lots of options in front of him to choose from as his next boxing opponent.