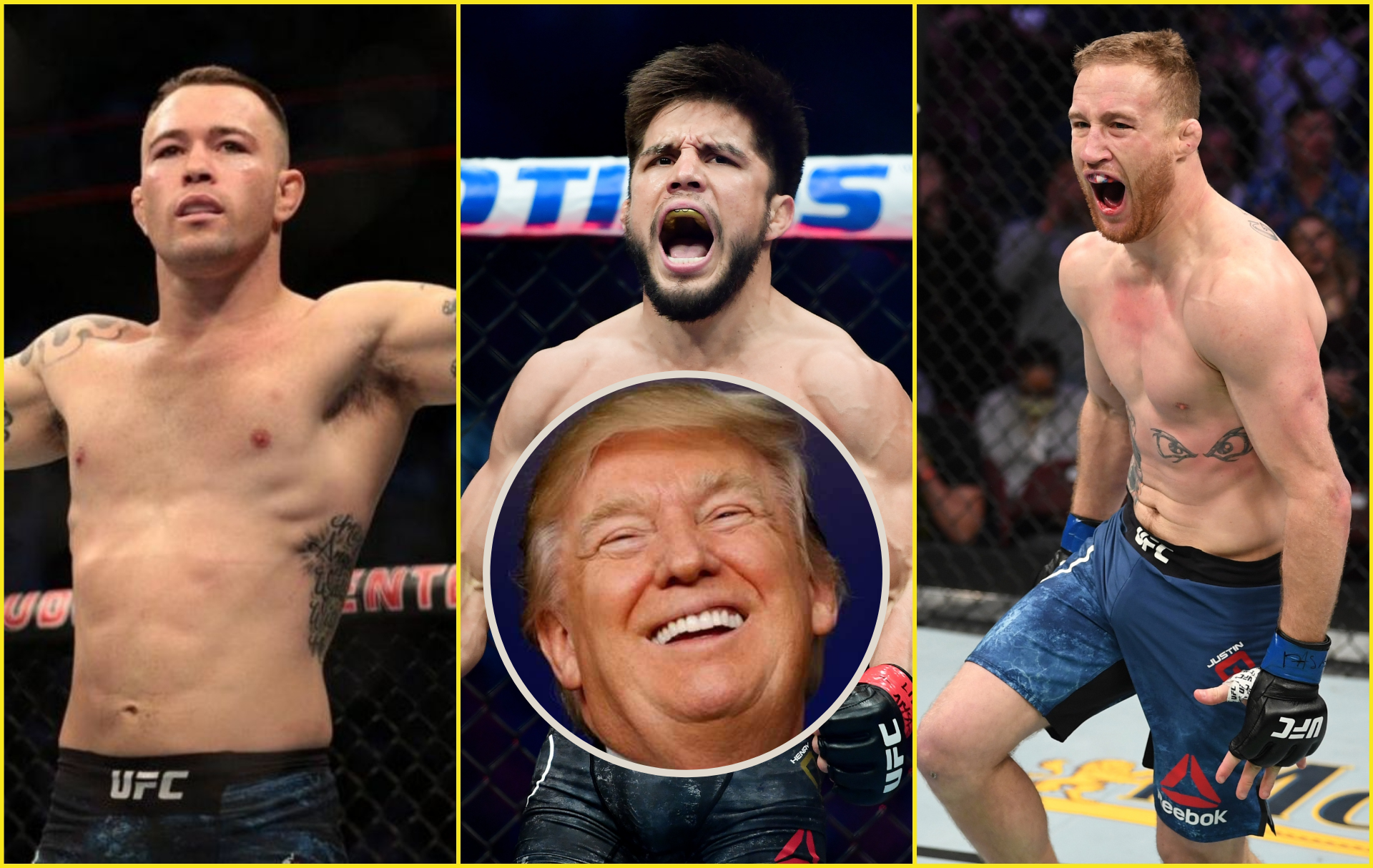 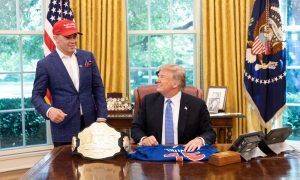 See what POTUS Donald Trump had to say about these three UFC superstars.

“Another great champion, Henry Cejudo,” Trump said of Cejudo, who previously held the UFC flyweight and bantamweight titles. “One of the best in the world. “You won the champion twice, right Henry? He won it twice. Don’t mess with him.”

“He used to walk into that ring—he still does—and he’s as good as there is in the world,” Trump said of Covington. “No. 1 in the world. You don’t want to pick a fight with him at a bar.”

It’s a well-known fact that UFC president Dana White is a close aide of Donald Trump and both personalities have praised each other on numerous occasions.

“I gave [White and the UFC] a place a long time ago,” Trump said about letting the UFC promote events out of one of his venues many years ago. “All I know, is just like we have outside, we had lines. I was like ‘what the hell is going on here, Dana? This place is packed!’ We were packed, we had thousands of people.

“He’s an incredible guy, and he also loves his fighters. He wants to take care of his fighters, and he brought some of them, among the best.” (H/T – BloodyElbow)

Donald Trump will be re-running for the presidential elections taking place later this year on the Republican ticket against Democratic nominee Joe Biden.