Donald Trump is all praise for Jorge Masvidal at his campaigns 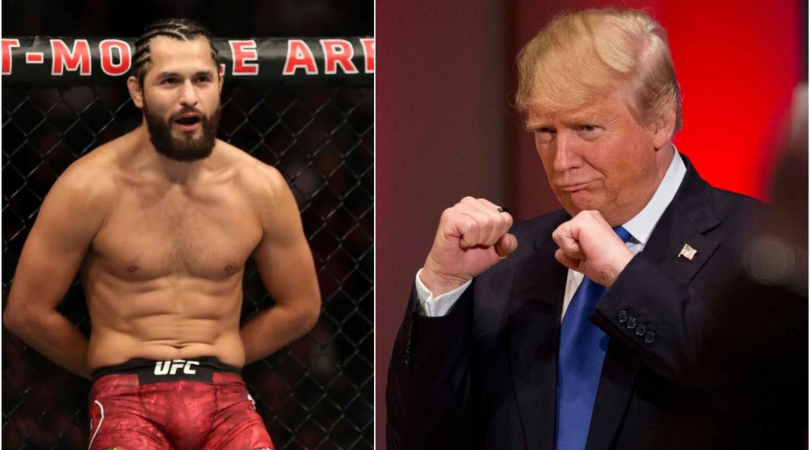 With the US elections getting closer by the day, President Trump takes time to appreciate UFC fighters Jorge Masvidal and Kamaru Usman. 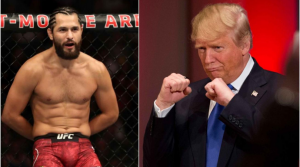 It was quite clear at the Republic National Convention that if there’s one sport that Trump is a fan of, it’s MMA. The event was attended by Dana White, Colby, Justin Gaethje, and Henry Cejudo. While Trump has publically hailed Colby Covington on several occasions, it appears that he is also a fan of his contemporaries in the division. Trump spoke at a “Latinos For Trump” event at Trump National Golf Club in Doral, Fla, which was attended by Masvidal, his manager Abraham Kawa, and Masvidal’s father, Jorge Sr. Trump opened his speech with praises for the BMF, saying “We have some real champions here. And one I heard, in particular, I saw a very fast knockout not so long ago. Where’s Jorge? Where is Jorge? I don’t want to fight with him. Where he is? Where is he? Stand up, Jorge. Stand up. There he is.” Jorge was overwhelmed by the words of the President, and took to Twitter to express his gratitude.

Can’t believe the president knows who I am. Humbled. Leader of the free world knows my name #theresurrection https://t.co/lOEpCvv67n

He also went on to talk about his 5-second knockout against Ben Askren, a supposed superstar according to Trump. “That’s the fastest knockout,” Trump said. “I watched his (fight when) he was fighting this young superstar who was going to great, right? They were telling me how great he is. I don’t want to hurt anybody’s feelings but he was supposed to be the future of the UFC but he had to go through this guy right here but it didn’t go well (for him). Did it, Jorge? What a champion you are. That was the fastest (knockout). What was it? About a second? Two seconds? You ran across the ring and the guy was gone and that was the end of it. Did they have to pay you for that evening or not? Because one second… that’s a good return. Great to have you, man. I’m a big fan. Thanks.” Ben took it sportingly as always appreciated the mention.

Well nothing to do but laugh at that 🙄 https://t.co/eDnCiuMP6o

Later on that day, Trump gave another speech at Cobb Galleria in Atlanta, which was attended by Kamaru Usman and his manager Ali. The President did not forget to shower praises for them as well.

“Does anybody like UFC?” Trump asked the crowd. “I’ll tell you what. … Usman, I know who he is. He’s tough. That’s who he is. Kamaru Usman. Where is our champ? Come on, champ. Get up. Man, oh man, oh man. What a fighter you are. I don’t want to mess with him. I may weigh a couple of pounds more. Do you think I could take you in a fight, champ? I don’t think so. He goes, ‘No.’ I think you’re right, champ.”

“I watched the fight you had a couple of months ago. (You’re) an unbelievable talent – and (smart), too. It’s a combination. The muscles are important but you’ve got to have the other. He actually looks really good in a suit but he’s one of the few people who look better without a suit. There aren’t too many of us. There aren’t too many of us that can say that. Right, men? The men in this audience, eh? I just want to thank you, champion. Good luck. I’ll be watching. You have a big fight coming up. I’ll be watching and it’s a great group of people. A great group of champions. Thank you very much. Thank you.”