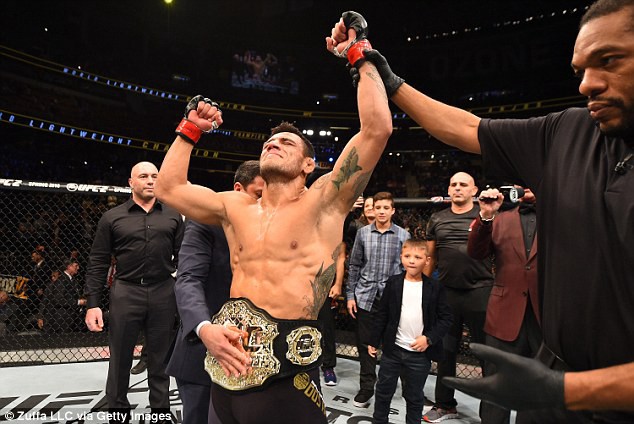 In the wake of going through the last two and half years contending in the Ultimate Fighting Championship (UFC) Welterweight division, Rafael dos Anjos is dropping down to Lightweight for his next battle inside the Octagon.

Recently, Rafael dos Anjos posted an image on Twitter where he claimed to have reinvented himself for his quest for UFC Gold once again. The image does show ‘RDA’ in an amazing shape and does justice to his claim.

Reinvent yourself 👊🏼💥👊🏼💥
I’m coming for that gold. pic.twitter.com/ykPjfwztGs

“RDA” will confront Islam Makhachev at 155 pounds at the up and coming UFC 254 event on Oct. 24, 2020, which is believed to take place on “Fight Island” situated on Yas Island, Abu Dhabi, United Arab Emirates.

Dos Anjos is returning from two consecutive losses against Michael Chiesa and Leon Edwards. Before that, the previous 155-pound champion got an enormous success over Kevin Lee, which was preceded by back to back misfortunes to Colby Covington and Kamaru Usman. Presently dos Anjos is attempting to reinvent himself into the title fight contender with his arrival to the lightweight division by confronting truly outstanding cutting-edge competitors in the division. 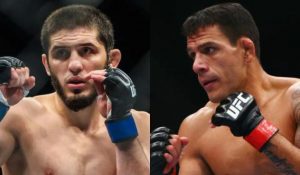 Makhachev has won six battles in succession with an overall record of 7-1 in the UFC. A member of champ Khabib Nurmagomedov’s inner circle, the American Kickboxing Academy fighter will be facing his highest-profile opponent to date when he takes on dos Anjos. The Russian as of late had defeated Davi Ramos and Arman Tsarukyan in 2019 however he hasn’t fought till this point in 2020.

Makhachev was initially planned to confront Alexander Hernandez at UFC 249 in April, however, in the end, the card was moved to May due to the coronavirus pandemic. On account of movement limitations, Makhachev couldn’t get into the United States and he had to trust that UFC would book him a match later on.

Both these fighters have proved to the MMA world that they do belong on the elite level with their spectacular performances over the years. ‘RDA’ has been on the UFC roster for much longer than Islam and has fought several high profile fights. Previously, Dos Anjos also held the UFC Lightweight title after defeating Anthony ‘Showtime’ Pettis in 2015. He, later on, made a successful title defense against another UFC veteran Donald “Cowboy” Cerrone.

Previous articleAnthony Smith to Johnny Walker: ‘I will beat the sh*t out of you’
Next articleDarren Till supports Covington’s claim of LeBron James not lasting even 10 seconds with him in a fight