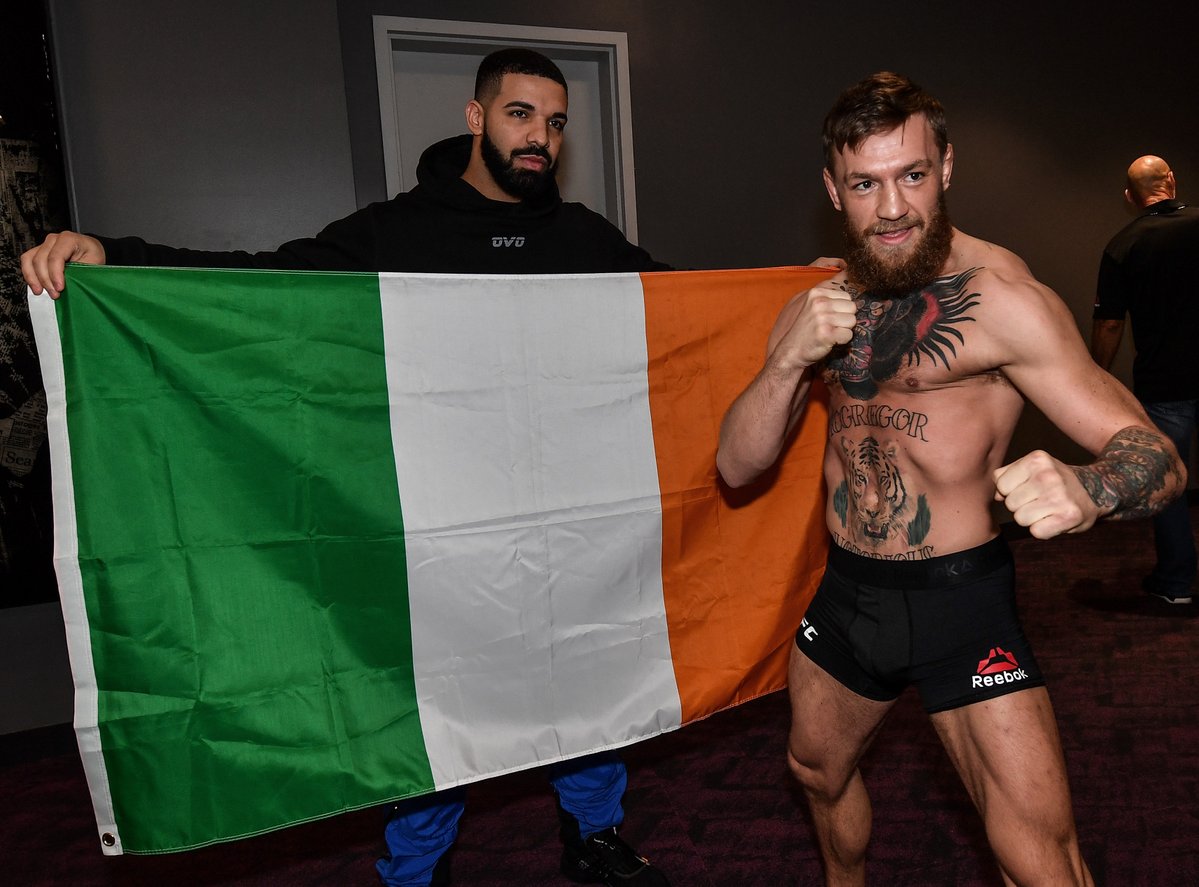 The biggest fight in the history of UFC between Conor McGregor and Khabib Nurmagomedov is just a day away, with weigh-ins and media obligation completed by both the fighters, the stage is set for the super fight.

During Friday night’s weigh-ins, Canadian rapper Drake was present in Las Vegas sporting the Irish Flag and giving Conor some love while on stage at the weigh-ins.

Drake appearing at the ceremonial weigh-ins and showing his support to Conor McGregor might be random considering he is performing tonight and Saturday at MGM Grand Garden Arena. After Conor flaunted his fighter bod for the cheering crowd, he got a hug from Drake before the ceremonial face-to-face with his opponent which got a little heated.

Drake siding with Team Conor is nothing new, considering he also gave “The Notorious” a major introduction during the Toronto lag of the world tour for Floyd Mayweather vs. McGregor in July 2017.

Conor McGregor also shared an image of the pair together.

The 6 God and The 12 animal! pic.twitter.com/S1KfNlwam3

UFC 229 takes place at the T-Mobile Arena in Las Vegas and will be live and exclusive on Sony ESPN and Sony LIV.

Previous article
Michelle Waterson stays out of the beef between Cerrone and Coach Wink
Next article
Conor McGregor banks $3 million, Khabib gets $2 million for UFC 229