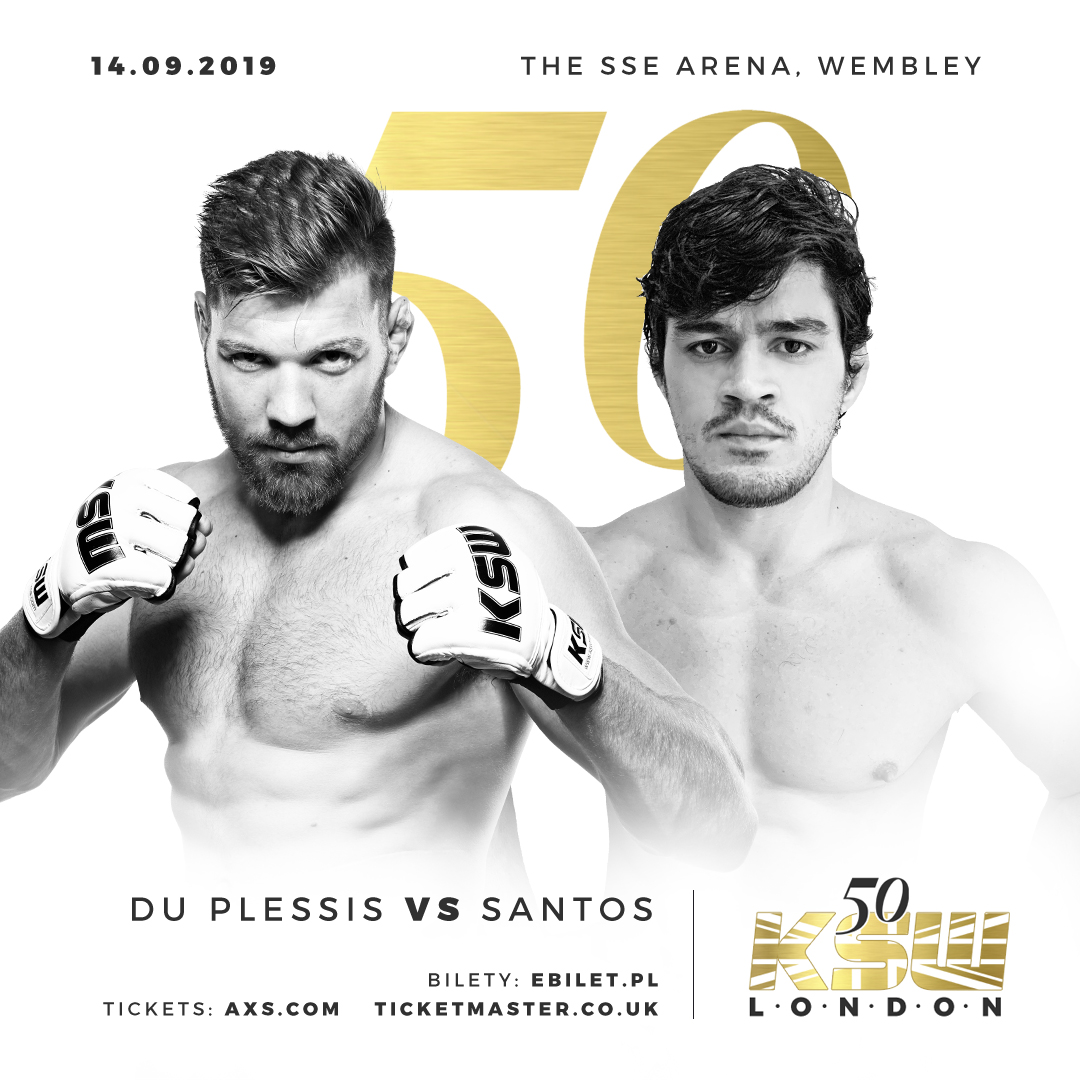 The P4P ranked number one fighter in South Africa, Dricus Du Plessis (12-2) returns to action following a short layoff from competition. The 25-year-old is a former KSW welterweight champion but has now decided to move to middleweight where he aims to capture another KSW title. Du Plessis is known to be one of the most promising fighters in the world and has proven already to be a top talent in the sport with a 100% finishing ratio, having already captured a KSW title, and is currently a two-weight champion in South Africa.

German based Brazilian Joilton Santos makes his promotional debut at KSW 50. At just 26-years-old he has already competed nearly fourty times in the cage and was also a member of Team Sonnen on TUF Brazil back in 2014. The well-rounded fighter almost has an equal number of wins by TKO, submission, & decision and is known to be incredibly tough to finish. Santos enters KSW on an incredible 17-1 run which includes ten first round stoppages and impressive wins over Craig White and Artur Karavaev in his past two contests. 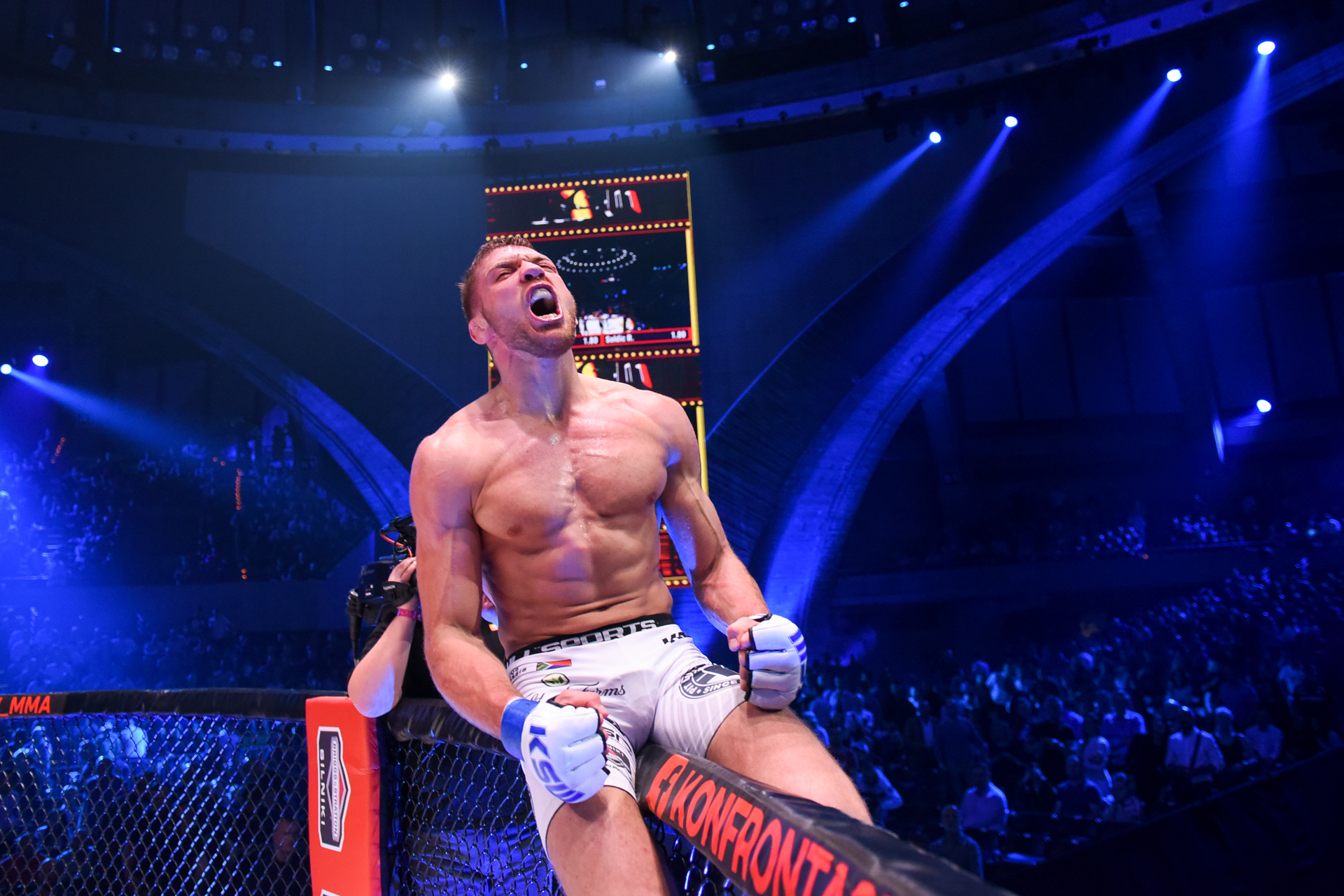 Kicking-off the KSW 50 card will be a contest between Ireland’s Catherine Costigan (6-2) and Poland’s Aleksandra Rola (2-0). 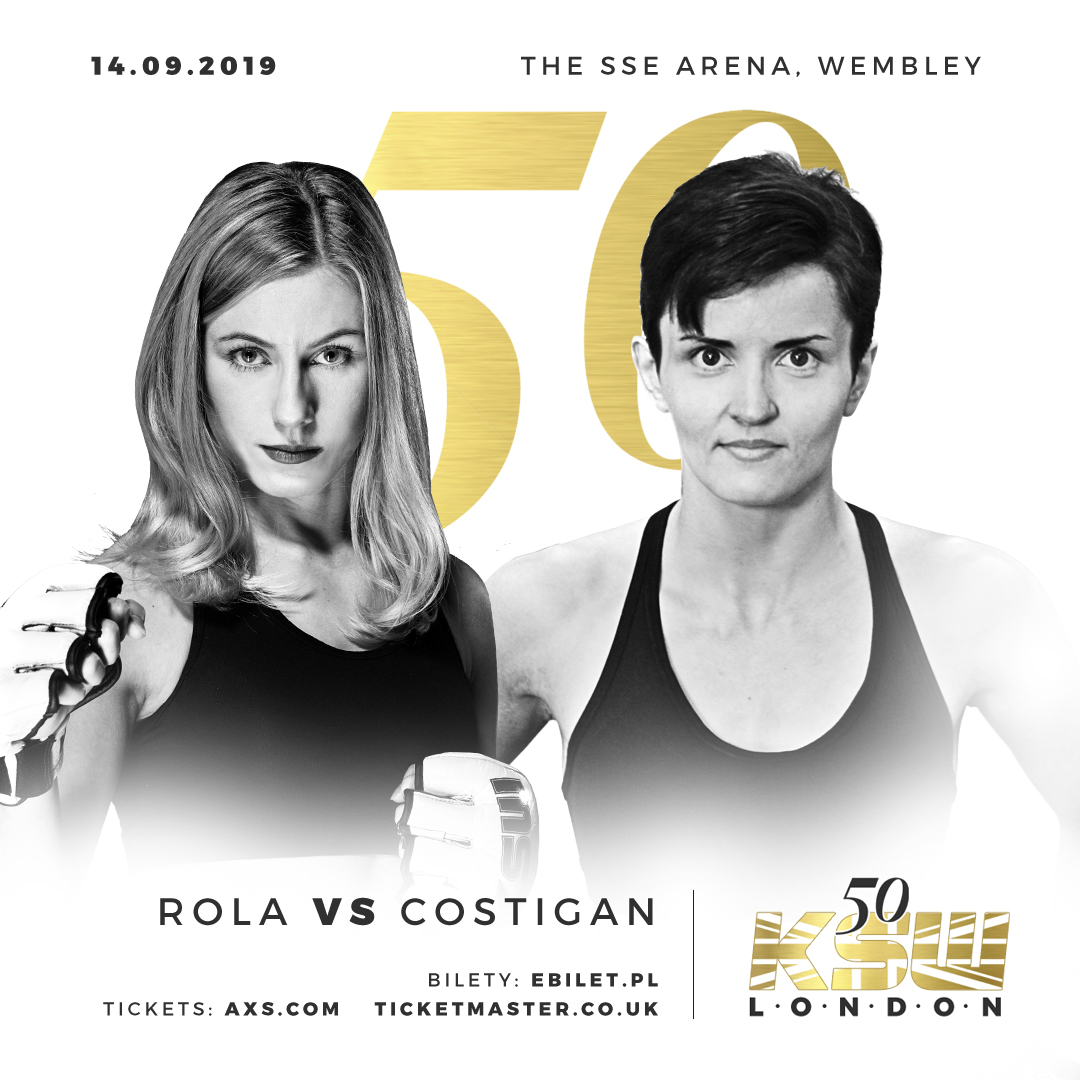 Despite being just 2-0 in MMA, Aleksandra Rola is a very experienced competitor in the sport with a vast amateur background that spans almost twenty fights. Rola was originally set to make her KSW debut earlier this year but that fight fell through. Now the 28-year-old will finally step foot inside the KSW arena and will hope to make an impression in order to work herself towards a shot at the vacant women’s title.

With over a decade of competing in MMA, Ireland’s Catherine Costigan has fought for promotions such as BAMMA, Cage Warriors, and Invicta during her career. The veteran fighter is known for her durability & toughness and is a media darling and a true ambassador for the sport in her native land. She is now returning from injury and will now make her KSW debut seeing this as a massive opportunity.

Tickets for KSW 50 can be bought through AXS.com and Ticketmaster.co.uk and will be available to watch live around the world via online PPV on www.KSWTV.com.