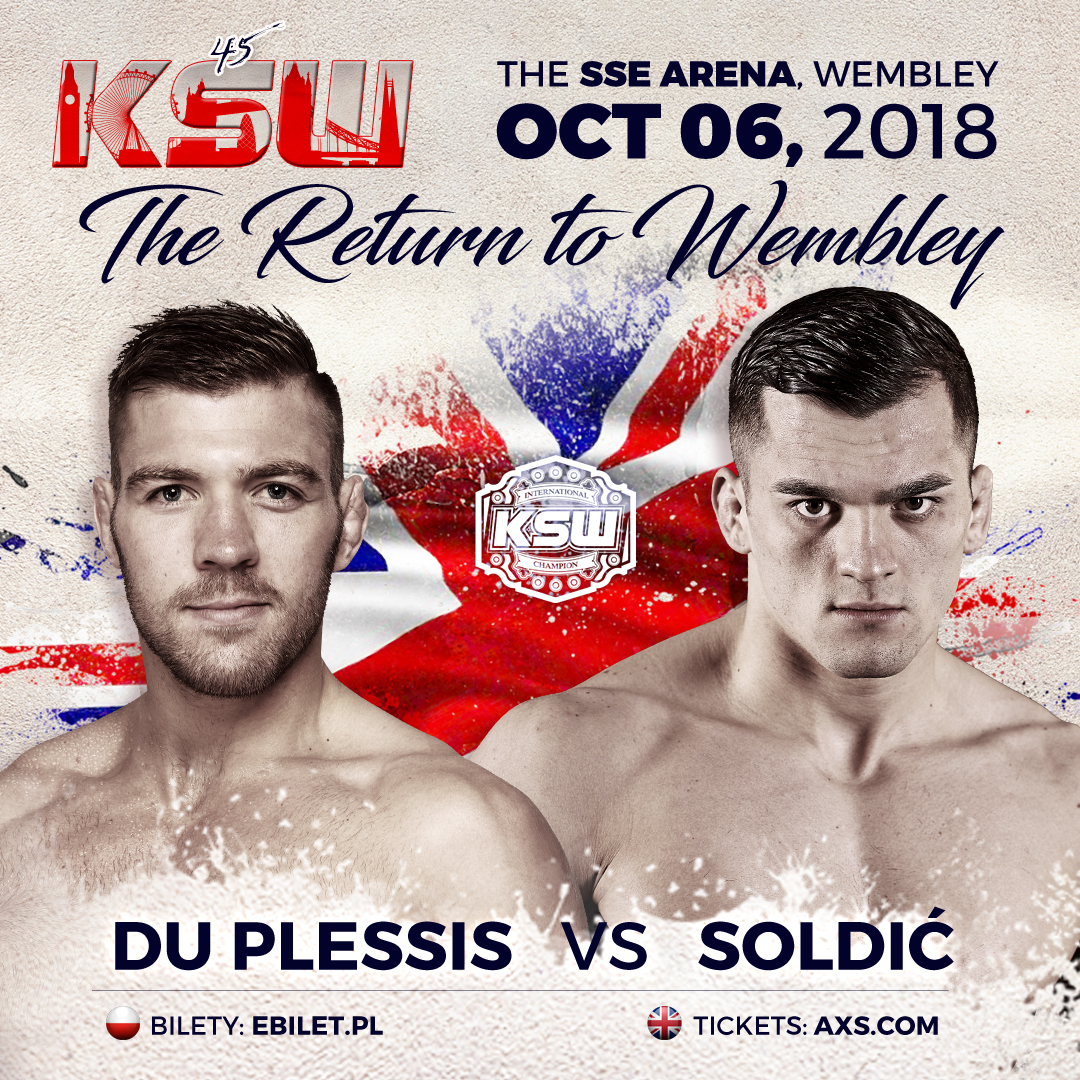 Two of the brightest young talents in the welterweight division will come head to head once again as Dricus Du Plessis (12-1) defends his title against Roberto Soldic (13-3) at KSW 45 in The SSE Arena, Wembley on October 6. 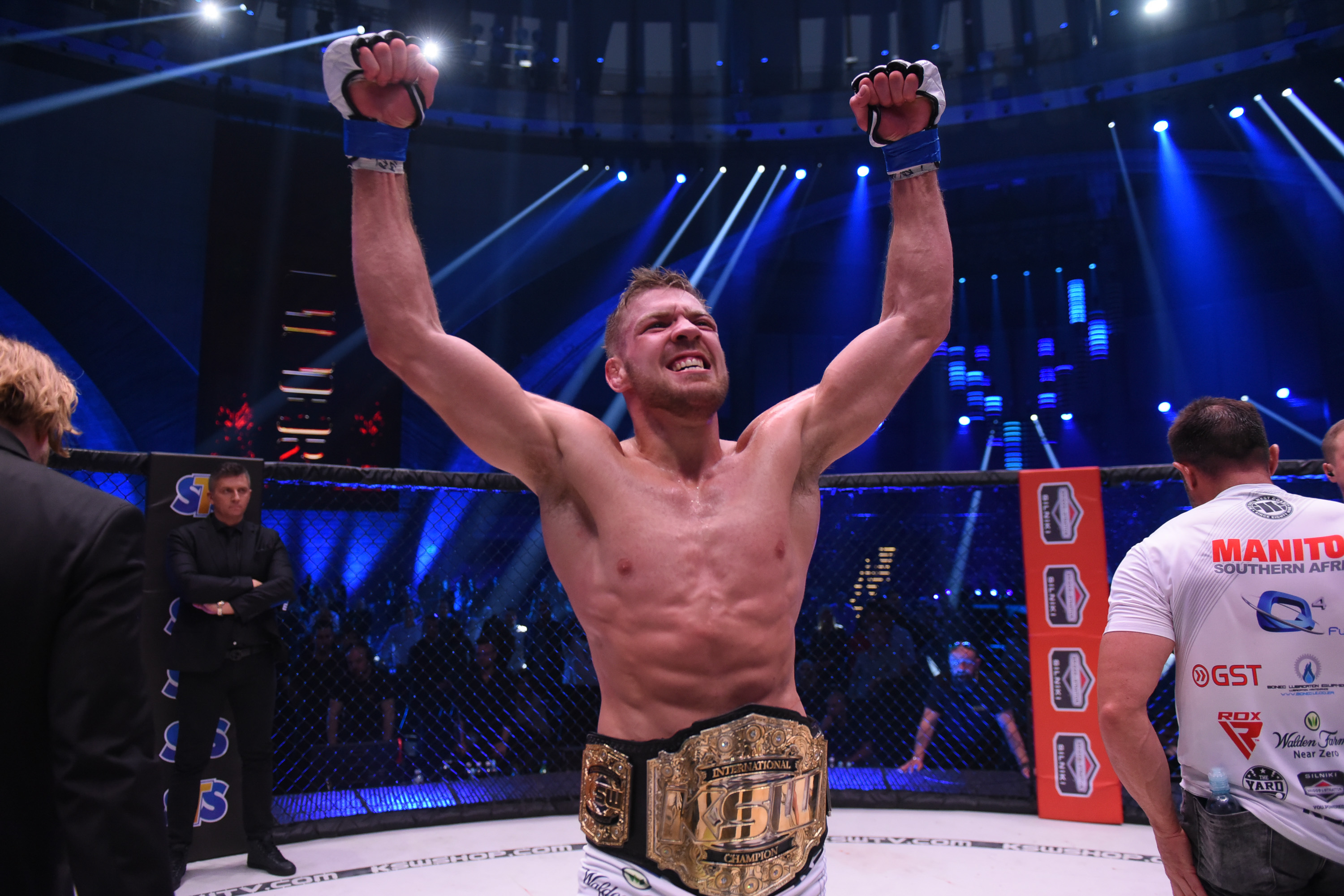 South African Du Plessis won the welterweight title after he knocked Soldic out in the second round of their incredible back and forth fight at KSW 43 this past April. Soldic took command of the fight early in the first round landing a number of thumping shots to the body as he came forward with venom but Du Plessis showed composure beyond his years to hang in there and then landed a counter punch in the second to drop Soldic and lift the title.
Prior to that fight both men came in on incredible winning streaks. ‘The RoboCop’ Soldic had won seven straight fights by KO all over Europe including a headkick knockout over Lew Long and a dismantling of Borys Mankowski at KSW 41 to win the title. While down in South Africa Du Plessis had risen to become a two-weight EFC champion with his own seven-fight-win-streak, all stoppages also.
KSW CEO Martin Lewandowski spoke of his excitement of the rematch:
“In Dricus and Roberto we have two of the most exciting and talented prospects in the world at welterweight. Both men are still so young but have proven themselves as incredible talents. Their first fight was like something from a movie, worlds colliding with their contrasting fighting styles and different personalities. It was truly a fantastic fight and I can’t wait to see what chapter two now holds for us.”
This fight joins a stacked card for KSW London that includes a heavyweight title fight between Phil De Fries and Karol Bedorf as well as the beginning of a four-man tournament between Michal Materla, Damian Janikowski, Scott Askham, and Marcin Wojcik to crown a new KSW middleweight champion, and let’s not forget that Popek Monster returns to action at this event!