Dustin Poirier and Tony Ferguson beef on Twitter – next fight to make?

Dustin Poirier has been one of the most promising lightweight contenders to challenge for the title after putting notable victories against Anthony Pettis,Justin Gaethje and Eddie Alvarez in 2018.But due to the current issues with Khabib Nurmagomedov and his subsequent hearing date to be extended by the Nevada State Athletic Commission on the post UFC 229 brawl,the American Top Team fighter had felt frustrated and has shown his grudge against the Commission and the UFC.

‘The Diamond’ (Poirier’s nickname in MMA circuit)has ultimately felt dissatisfied but has kept his fighting spirits on as he had called out for Former Interim Lightweight Champion Tony Ferguson who is also the most well deserving contender to get a shot at Khabib’s title.Poirier had also asked the UFC to atleast get him a rematch with Conor who is also in a state of limbo after taking an active part in the post brawl incident inside the octagon after his fight with Khabib and currently waiting for a hearing by the Athletic Commission. 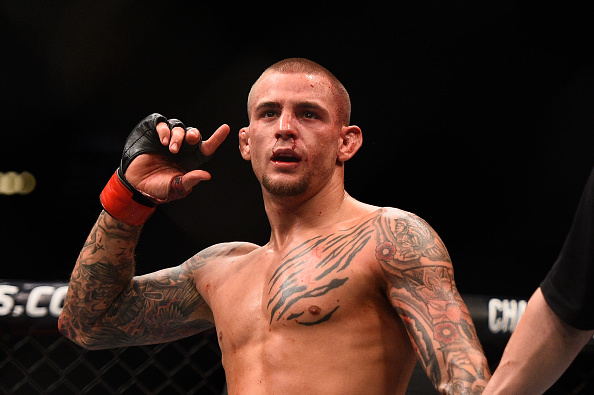 Poirier tweeted out his callout of Ferguson and Ferguson replied him back starting a Twitter feud between the two top lightweights.

Let's give the fans the violence they deserve @TonyFergusonXT

It was time for ‘El Cucuy’ to respond and he did tweeted out in reply.

I Liked You Better When You Were Quiet Kid. Don’t Ruin A Good Thing You Got “Goin’… Diamond” @DustinPoirier TonyFergusonMMA Is Tops, Much More Efficient Than @TheNotoriousMMA & @TeamKhabib In The Same Day. I Already Know How To Beat You By The Way You Tweet. Sit Down 🇺🇸🏆🇲🇽

To this Poirier had his hilarious digg at Tony.

Although a fight between Khabib and Tony is the fight to make considering the two having the best streaks in lightweight history but a fight between hard hitting Poirier and Ferguson for an Interim title or a number 1 contender spot also makes a lot of sense.

Previous articleKevin Lee: I’m too big and too strong for Max Holloway
Next articleRelive 7 years of UFC on Fox as the last ever show wraps up