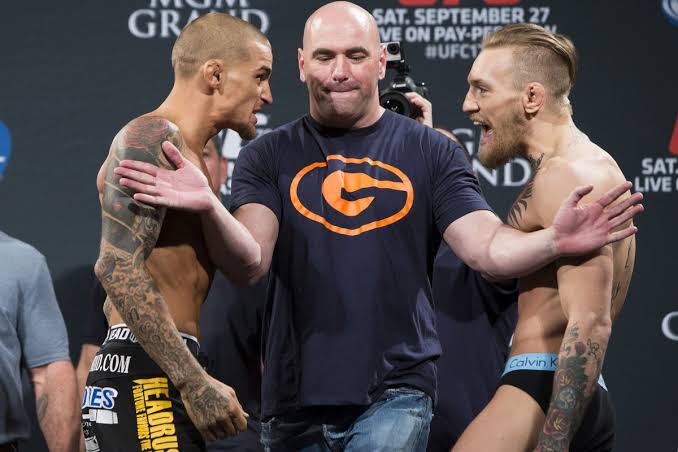 Former double champ and Irish sensation ‘The Notorious’ Conor McGregor is looking for a comeback.

If rumors are to be believed, we might already have a date on December 14 in his hometown of Dublin. That being said, his dancing partner is still a big question. 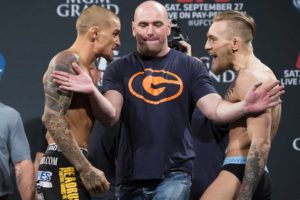 Although nothing could be set in stone when it comes to McGregor, Poirier being ranked high, believes he could be the guy to welcome McGregor.

“I think it could happen; I don’t know how likely it is,” Poirier told MMA Junkie. “I’m still at the top of the division. He’s ranked under me. If he wants to get back to the title, there’s only one way to do that is to fight. I’m the next guy in line, so I think it makes a lot of sense. My star has never been brighter, and people want to see Conor back, and I think it would be a huge fight, and it would be a huge pay-per-view. I just want a fight that’s going to make me excited. I’ve been doing this a long time and not that I’m not motivated, I just want to be excited about it.”

Last time when Poirier and McGregor fought was at UFC 178 back in September 2014, Poirier suffered a first round TKO loss. However both of them have improved leaps and bounds since then and Poirier would like to avenge his loss.