UFC: Dustin Poirier expresses his confidence in how he will fare in a Title fight 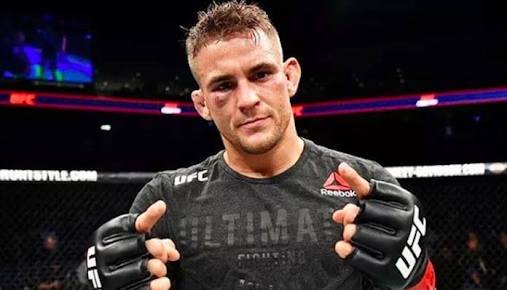 A title shot seemed certainly inevitable for an already deserving candidate in #3 ranked lightweight contender Dustin ‘The Diamond’ Poirier when he was slated to face fan favourite and #10 ranked Nate Diaz at UFC 230 last November.

However an unfortunate hip injury led to Poirier pulling out of the fight. The injury marked the first time that Poirier was injured in around 30 fights over the span of 10 years. With the injury not being so serious, Poirier asked for a quick return. However, with Diaz not in a mood to rebook the fight, Poirier believes he has enough to still earn a title shot. 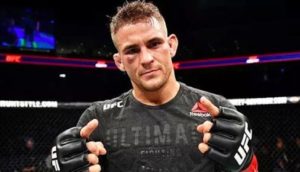 Poirier took to Twitter to open up about how would he feel walking towards the octagon to fight for the title. Not so surprisingly, the American Top Team staple has been ready for it since a long time. (via Twitter):

I've never been more sure of anything in my life. When the time comes and I step in that octagon to challenge for the title I'm gonna walk out a world champion.

Poirier made his UFC debut back in January 2011 at UFC 125 at featherweight. Poirier had a decent stint of 8-3 as a featherweight with victory over current champ Max Holloway. His fairytale however was derailed by another former champ in ‘The Notorious’ Conor McGregor.

Poirier then decided to move up to lightweight. Poirier has certainly reaped the benefits of no longer starving and dehydating his body as the American Top Team prospect has gone 8-1 ever since moving upto lightweight.

Poirier has been on a tear recently, coming of three consecutive finishes of former world champions namely Anthony Pettis, Justin Gaethje and Eddie Alvarez. In an ideal world, Poirier deserves a title shot but current lightweight title picture with former interim champion Tony Ferguson next in line, does not allow him to do so as of now.

UFC: Dustin Poirier says ‘everybody’ should consider moving up in weight

Previous articleConor McGregor cheers for the Dallas Cowboys before their game
Next articleWatch: Someone calls Hotel security after Cris Cyborg sings too loudly