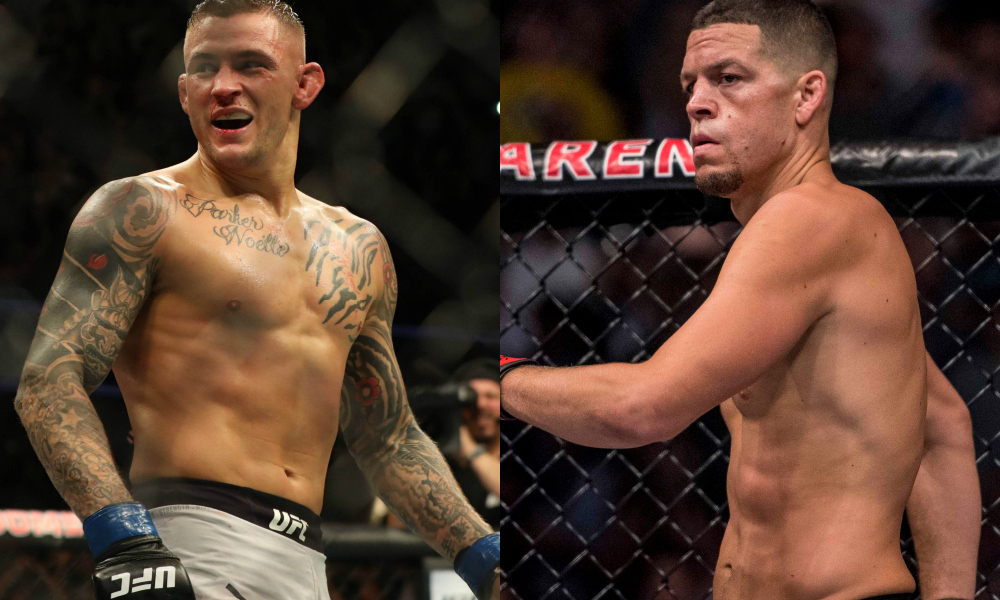 Former UFC interim lightweight champion Dustin Poirier has said that he wants to take on Nate Diaz at the welterweight division in near future.

This isn’t the first time that either fighter has talked about each other. There were once close to fighting at UFC 230 back in 2018, but the fight fell through and it never came to fruition ever since. 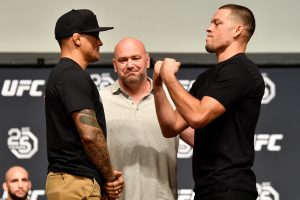 Since then both Nate Diaz and Dustin Poirier have been taking digs at each other on social media. In an appearance on the Joe Rogan Podcast, Dustin Poirier said that he is even willing to move up to the welterweight division to make the fight happen. Nate Diaz called out Poirier after he knocked out Conor McGregor in their fight at UFC 254, which took place last January.

How did Nate Diaz vs Dustin Poirier fell through at UFC 230?

“(I want to fight him) because of the way it fell apart,” Poirier said. “Me and him were supposed to fight in Madison Square Garden, and I kind of was the fall guy. He gets to point and say I pulled out of the fight, and I did. I went to get stem cells done on my hip, but I was going to go through with the fight. I was going to go through a camp and fight him and then they started offering me other replacement opponents. Nate was playing games with the UFC, the UFC started offering me opponents, and I said, ‘Look, guys, if this is happening, I’m just going to go get my hip taken care of.”

“It’s either going to be (the McGregor trilogy) or Nate Diaz, I think,” Poirier said. “He’s a guy I’ve always wanted to fight.” (H/T – MMAJunkie.com)

Do you guys think Nate Diaz and Dustin Poirier are going to fight? Who do you think wins this match-up? Let us know in the comments section below.

Previous articleKhabib Nurmagomedov helps 50 drug addicts in Dagestan by paying for their treatment
Next articleBMF Champ Jorge Masvidal on boxing Canelo Alvarez: ‘My chances are limited but I’d be a dog’