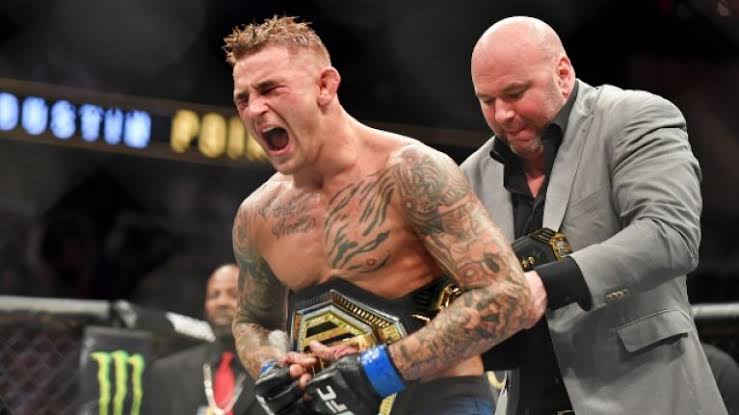 UFC lightweight king Khabib ‘The Eagle’ Nurmagomedov will defend his title for the third time against whom is considered to be his toughest test till date, former interim champion Tony ‘El Cucuy’ Ferguson.

However Nurmagomedov still opened as a favorite to get the job done in April. That being said, if not Ferguson, then who? Another former interim champion and title challenger Dustin ‘The Diamond’ Poirier may have the answer, former WSOF champion and #4 ranked Justin ‘The Highlight’ Gaethje. 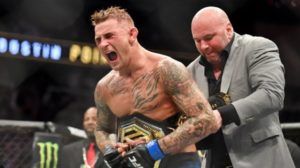 Being a common opponent between the two, Poirier believes, if not Ferguson, then Gaethje to be the one to hand Nurmagomedov his first blemish. Poirier claimed so while replying to a fan’s comment. (via Twitter):

I think Gaethje does https://t.co/bW6NexYPs9

Gaethje is on a tear lately, with all his last three fights being first round knockouts. Gaethje is known for his brutal always moving forward pressure style added with vicious leg kicks. However don’t let the pressure boxing style fool you as he possesses some tools in his arsenal which he haven’t even displayed yet, his wrestling.

Previous articlePolaris: Luke Rockhold loses to Nick Rodriguez in Polaris grappling match
Next articleZabit shoots back at people knocking on his cardio