Dustin Poirier: I can see me knocking Nate Diaz out in a fight 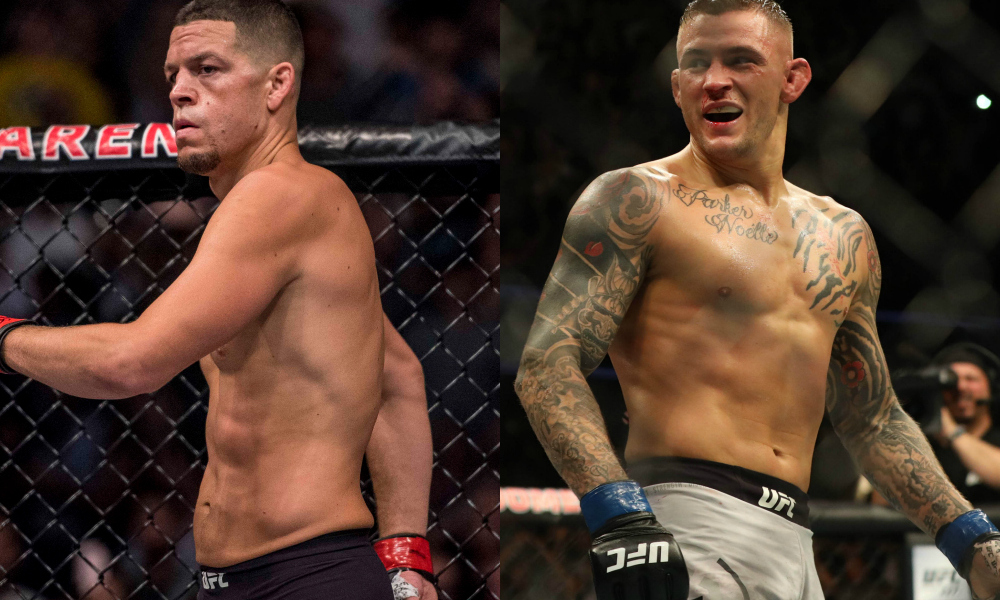 Poirier underwent hip surgery back in October and was getting his fit on the sidelines, but ‘The Diamond’ is ready to return back in action in April against Nate Diaz. 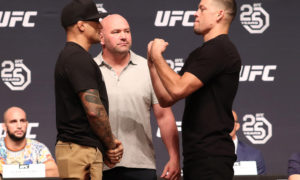 Dustin Poirier recently responded to a fan on twitter where he said that he is down to fight the younger Diaz at UFC 249, which will take place on April 18 at the Barclays Center in Brooklyn, New York.

The main event of UFC 249 will feature UFC lightweight champion Khabib Nurmagomedov defending his title against former interim champion Tony Ferguson. If a fight between Nate Diaz and Dustin Poirier did materialise, it will most probably serve as a co-main event.

He even went on to say that he will knock Diaz out.

I see me knocking him out https://t.co/bPVvpFe1OL

However, the fight fell through and UFC president Dana White’s later said that he wasn’t going to add a 165-lbs weight division.

“It’s never going to change,” he said in 2017, per Mike Bohn of MMAjunkie. “You’re still going to have people trying to—let’s say I add a 165-pound weight class. That will only mean bigger guys will try to make 165. Everybody’s always looking for an advantage.”

Nate Diaz is coming off of a TKO loss to Jorge Masvidal at UFC 244 last November. Before that, he defeated Anthony Pettis at UFC 241 via unanimous decision.

On the other hand, Poirier’s five-fight winning streak ended at UFC 242 to Khabib Nurmagomedov. Prior to that, he had finished Justin Gaethje, Eddie Alvarez, Anthony Pettis and defeated Max Holloway via decision.

Previous articleUSADA to use oral fluid testing – which potentially aids athletes who use marijuana
Next articleAli Abdelaziz: Conor relevant again only because of using Khabib’s name!