UFC News: Dustin Poirier predicts how a McGregor vs. Gaethje showdown will go! 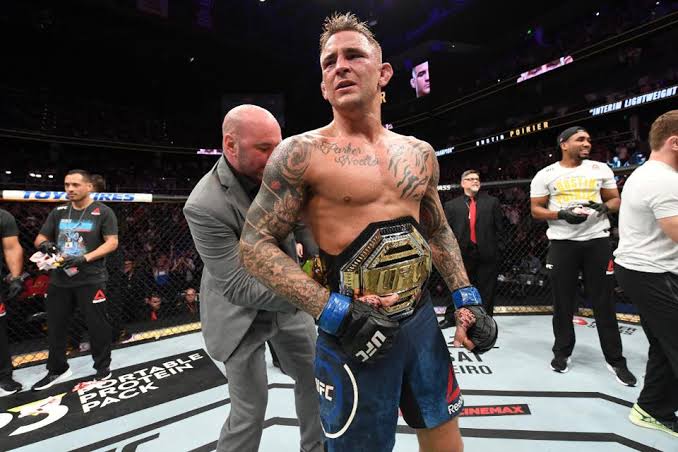 2020 started with a banger as former double champ Conor McGregor made his much anticipated UFC return.

He took on another fan favorite Donald ‘Cowboy’ Cerrone and stamped his authority with a quick 40 second knockout win. According to McGregor, 2020 would be more like a comeback season and not a single fight. That being said, he was quickly associated with various names, one of them being #4 ranked Justin Gaethje. 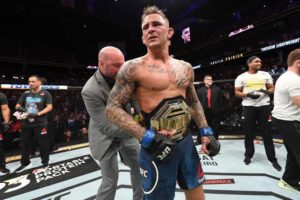 Former title challenger Dustin ‘The Diamond’ Poirier weighed in on the fight. Having shared the octagon with both of these fighters, Poirier definitely has a better analysis of the fight. According to him, ‘The Notorious’ gets the job done. (via Twitter):

Poirier took on McGregor at UFC 178 back in September 2014 when both of them were fighting at featherweight. Poirier suffered a first round knockout loss. However the setback paved the way for him moving up where he eventually fought for the title. Many believe the fight would have been more competitive at lightweight.

Poirier took on Gaethje back in April 2018. The duo literally went to war as eventually Poirier prevailed via a fourth round knockout. He handed Gaethje only the second loss of his career.

McGregor definitely has an eye on a rematch against arch rival, champ Khabib Nurmagomedov. Nurmagomedov however is occupied having a difficult assignment of Tony Ferguson ahead. He then intends to take a break due to the religious festival of Ramadan.

McGregor however is expected to fight in between. Gaethje however was considered a front runner before BMF title holder Jorge Masvidal. Gaethje on an impressive three fight first round knockout streak, rightfully demands a big fight like McGregor before getting his own title shot. The duo have been going back and forth on social media lately.

The lightweight division has always been difficult to comprehend due to its clogged dynamics. The much anticipated fight between Nurmagomedov and #1 ranked contender Tony Ferguson had to cancelled again for the fifth time. The cancellation further keeps the division on hold. A fight between McGregor and Gaethje does make sense. However when it comes to McGregor and the added pandemic, nothing can be set in stone.