Dustin Poirier has responded to the comments made by Justin Gaethje and now has decided to fight him as he feels that Justin is talking too much. Justin and Dustin have a competitive rivalry between them. Both of them are considered among the best lightweights in the world. Both of them previously shared the octagon against each other at UFC on Fox 29. The fight was one of the most exciting fights in the lightweight division and was filled with back and forth action as long as it lasted. Justin did lots of damage to Dustin’s legs and was also landing a fairly good amount of punches. But in the fourth round, Poirier landed a strong punch that hurt Gaethje badly and Poirier went on to finish that fight after landing a barrage of punches. 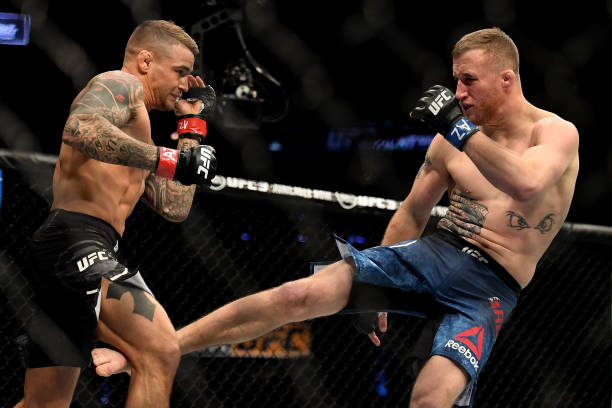 Justin Gaethje in his last fight former title challenger Michael Chandler in a three-round fight at UFC 268. The fight was an instant classic. Justin Gaethje won the fight via decision and is now waiting to fight the winner of Charles Oliveira and Dustin Poirier.

Justin Gaethje recently made a statement in which he stated that if Dustin Poirier wins the title at UFC 269 in his fight against UFC lightweight champion Charles Oliveira, then Poirier will rather walk away from the sport than fight Justin Gaethje in a rematch. 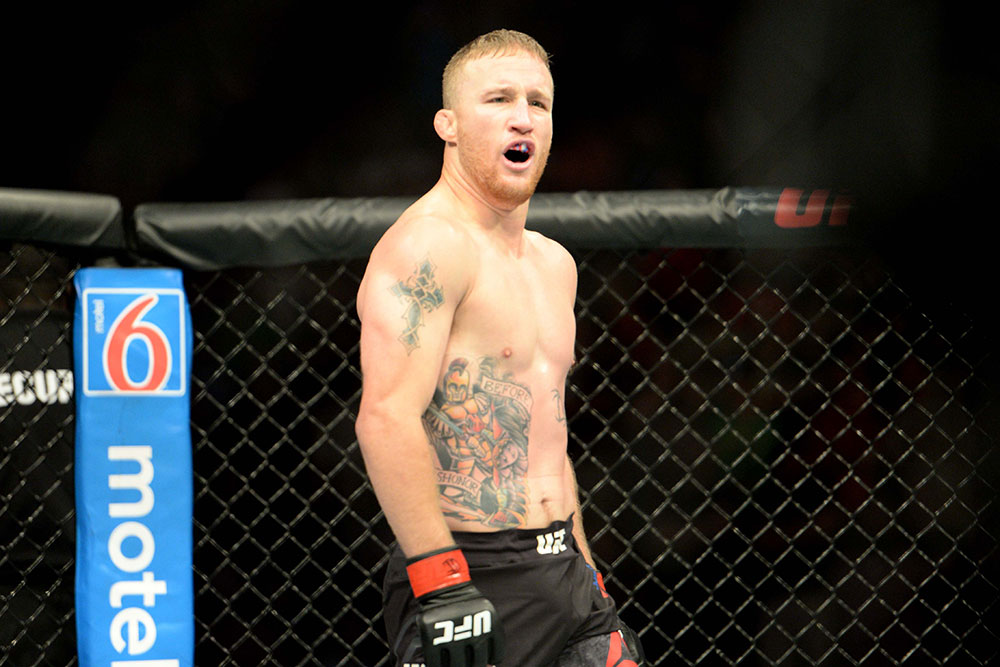 “I hope Oliveira wins. A part of me thinks, after I fought Dustin Poirier, I went outside and I took 100, 200 pictures and I felt great, not one thought or emotion from that fight am I scared to experience again. I know for a fact when Dustin Poirier has to step in there with me again, he’s going to remember and constantly be analyzing that night. He was not out taking pictures. He was probably in the most pain of his f*cking life,” Gaethje said.

“If he doesn’t land the shot in the first round, he knows he’s going to have to go through that again. If he beats Charles Oliveira, I don’t know if he fights me. I think he just walks away, calls it good. So I kind of hope Charles Oliveira wins so I get to fight him March, April, May. If Dustin Poirier wins, I’m going to have to really entice him to f*cking get in there again.”(h/t MMA FIGHTING.COM) 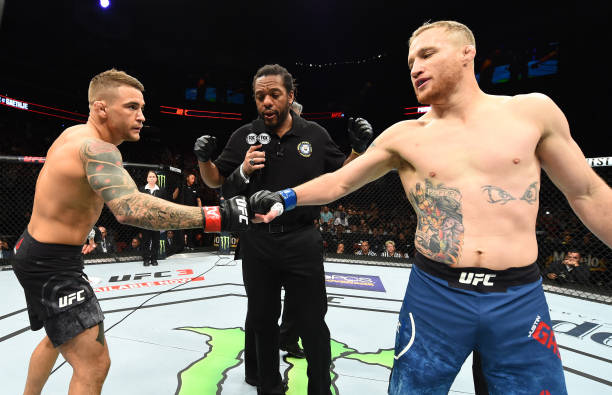 Dustin Poirier is all set to fight the UFC lightweight champion Charles Oliveira in December. While talking to Ariel Helwani, Poirier shared his thoughts on Gaethje’s recent comments about him.

“It’s enticing, it makes people interested, it’s a hook, he’s hoping I bite onto it and beat [Charles] Oliveira and, ‘Ah, Gaethje, I’ve got to give it to him now because he’s the one running his mouth,’” Poirier said Monday on The MMA Hour. “That’s the way this game is. People talk and try to set things up. Play the hands that they have, and that’s what he’s doing.

“Good on him. I’m a fan of him. I have nothing bad to say about the guy, but I beat him that night in his home town. What else can I say?”

“Nah, man – I’m a fighter,” he said. “I’m fortune enough now, with this year that I’ve had, I could walk away. It’s a great position to be in, but these guys need ass-whoopings, and I’m the guy to give it to them. And we can’t walk away like that.”

What do you guys think of this conflict between Justin Gaethje and Dustin Poirier?