UFC: Dustin Poirier reveals that he was approached by Khabib Nurmagomedov’s team to fight him in the Russian’s first UFC title defense 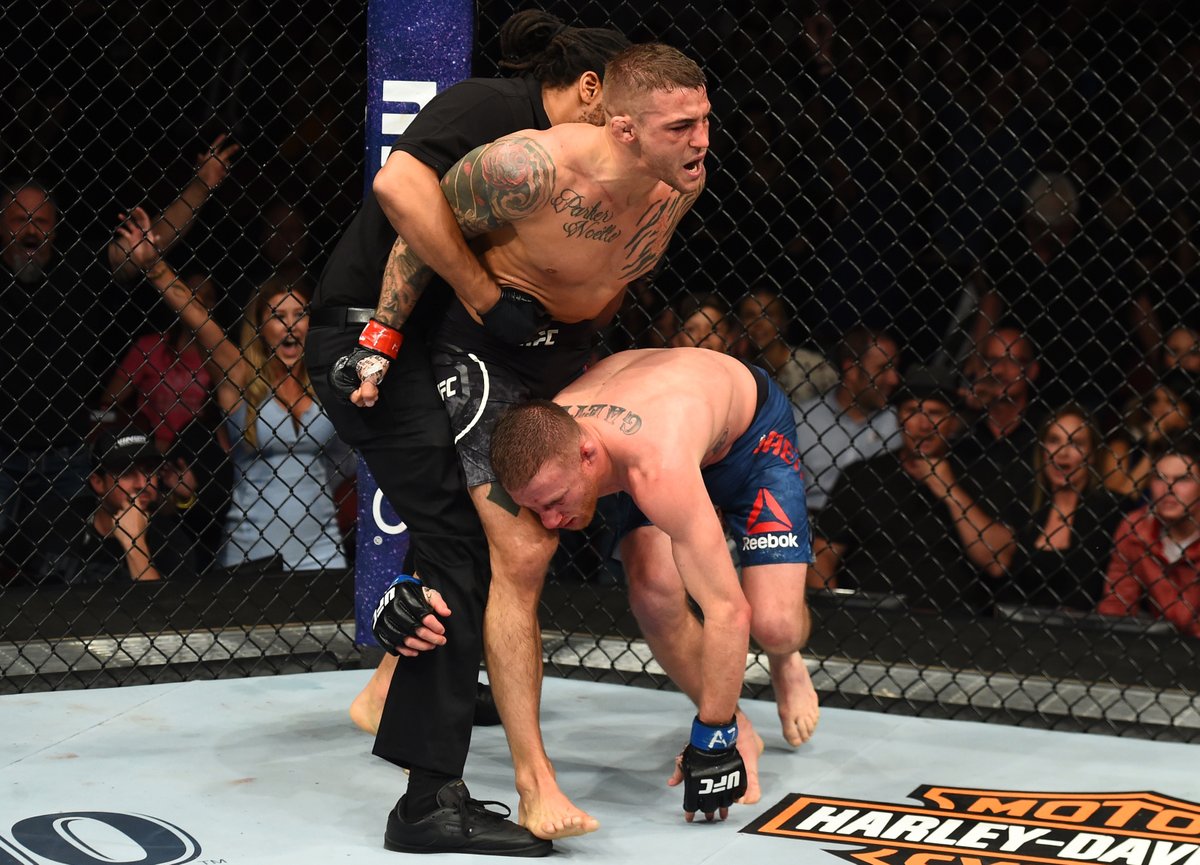 Poirier recently made an appearance on MMA Fighting’s, The MMA Hour. On the show he revealed that the Russian’s team approached him to say that they want to fight him in Khabib’s first UFC title defense. Here’s what he had to say:

I think it’s pretty good chances, Tony’s timeline is nine months and we got to see if Conor comes back, maybe he doesn’t. Khabib’s manager reached out to me and told me I’m the next guy in line and they want to fight me, like I said in m post-fight, I am not after rematches an I’m not trying to get even with Eddie. I’m trying to be a world champion an grow my savings account for my family and secure my legacy as a UFC world champion, which is what I started fighting to be. I want to be a world champion and I want to be the best in the world.

The Eddie thing, we tried to get that fight and a lot of things went on behind the scenes in the last few months before me and Justin got booked. I haven’t told anybody this, because I didn’t want to talk about it in preparation for my fight, but me an Eddie were offered a rematch on the Brooklyn card that Khabib and Tony Ferguson were on.

My management told me pretty much they were trying to book this fight because if they fall out one of you guys were going to replace them. I accepted the fight and Eddie turned it down. This was months ago, Eddie is ranked higher than me and he could’ve probably fought for the belt.

You can watch the episode with Poirier below:

Previous articleHadbi and Al-Selawe set for top contender bout at Brave 12
Next articleWWE: List of all the Superstars drafted to SmackDown LIVE