Dustin Poirier reveals they were offered the main event at UFC 230, but ‘Nate blew it’ 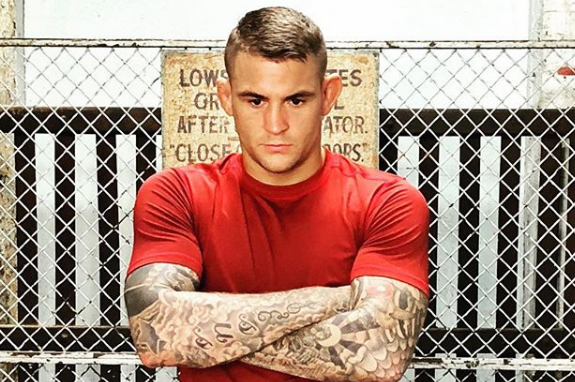 The much anticipated match up at UFC 230 between Dustin ‘The Diamond’ Poirier and the returning Nate Diaz will not take place due to an injury to Dustin Poirier. As for the fight being rebooked Dustin is not sure that Nate will be ready to fight once again.“I don’t even know if Nate was 100 percent down for this one.”

The fight was rumored to take place for the new 165 pound division title but Dustin says that was not in the promotion’s plans.He kind of negotiated ourselves out of the main event,” Poirier said. “The UFC offered us the main event, and he kept pushing for a different weight.”

You really blew it Nate…

After the injury resulted in him pulling out of the bout, Dustin is very happy with the support UFC has provided him, “They’ve been incredible with everything, man,” he said. “It’s the first time I came to them with an injury. They’re really handling business.”

Dustin is clueless about his next fight though but he still believes Nate Diaz makes sense, “If nothing else shakes out, or everyone else is booked, I think (Diaz) does make a lot of sense,” Poirier said. “I really wish I could tell you (what’s next). I have no clue.

“I think if Khabib (Nurmagomedov) doesn’t get a big punishment, I think him and Tony (Ferguson) makes sense. Tony’s on a 12-fight win streak; he’s the former interim world champion. He’s done everything to prove he’s the next guy in line. And I’m the guy after that. I’ve just got to keep my spot.”