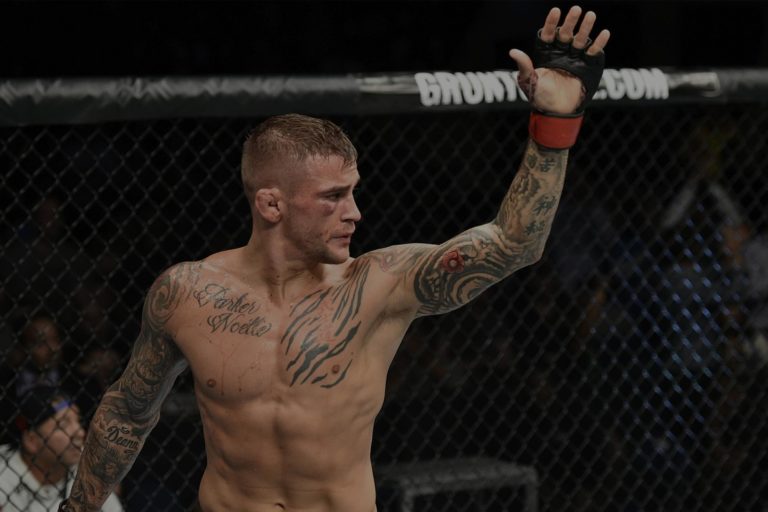 The former UFC interim lightweight champion Dustin Poirier lost his interim belt in a title unification bout to the UFC lightweight champion Khabib Nurmagomedov. While he has since been on the sidelines nursing his injuries from the title challenge at UFC 242 and get back to full fitness, he has also been training and is looking to get back to fighting. When he was previously asked who he wants to fight next, Poirier had sharply replied it has to be Conor McGregor or Nate Diaz. However, in the past two weeks, Poirier has set his eyes on taking on UFC lightweight Al Iaquinta that too at welterweight. Poirier in a recent series of tweets has even revealed the date of his return to be in May.

Al Iaquinta has a professional MMA record of 14-6-1 with a rather dismal record of 2-3 in his last five fights. Iaquinta has unfortunately won only two fights in the last five years, a bitter truth that Poirier had reminded him of. He has notable victories over fighters such as Diego Sanchez, Jorge Masvidal, Joe Lauzon, Kevin Lee, among many others and also a notable loss to the UFC lightweight champion Khabib Nurmagomedov at UFC 223 back in April of 2018. 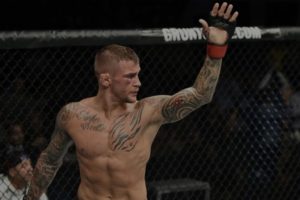 On the other hand, Poirier has a professional MMA record of 25-6 (1)with multiple notable victories over former UFC champions like Max Holloway, Eddie Alvarez, Anthony Pettis, Justin Gaethje, etc. He has not fought since losing the title unification bout to the Russian Nurmagomedov back at UFC 242 in September of 2019. He has lately been having an internet, social media war of words with Iaquinta.

Poirier recently again took to Twitter and told his fans that he is returning to fight in the octagon in May of this year. Here’s what he wrote on his Twitter profile:

I’ll be back in May.#mandown

You can check out and read his tweet down below:

I'll be back in May.#mandown