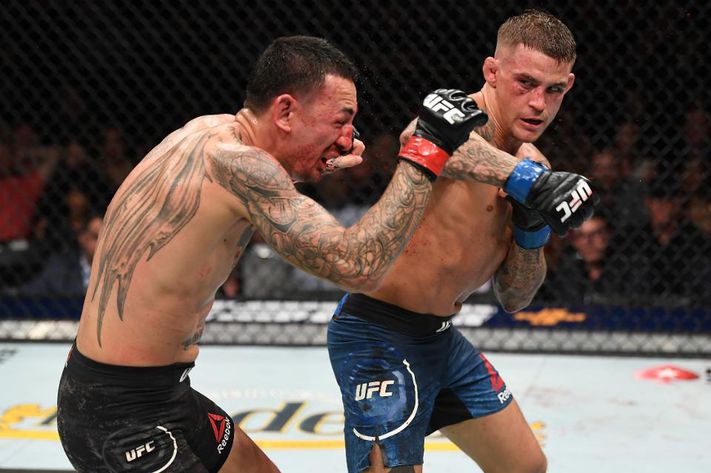 It’s been over a month, ever since UFC lightweight champion Khabib Nurmagomedov defeated Dustin Poirier at UFC 242 which took place in Abu Dhabi.

After that loss, it has been unclear as to what should be next for Poirier. He has called out former UFC two-division champion Conor McGregor. Although Dan Hooker had called him out earlier this month after his victory over Al Iaquinta at UFC 243, Poirier had declined the fight stating that he will be fighting the Irishmen [McGregor] next. 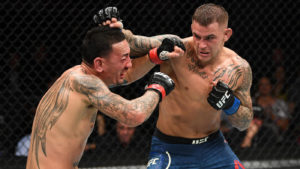 Today he was asked by fans if he would be interested in fighting Max Holloway for the featherweight title, to which he replied that the weight cut would be too hard for him.

Not sure i can make that weight https://t.co/X3GTYRtxUH

Dustin fought Holloway earlier this year at UFC 236, which took place at the State Farm Arena in Atlanta, Georgia. It was fought in the lightweight division for the interim lightweight championship. In this fight, the featherweight champion Holloway was defeated via unanimous decision  (49–46, 49–46, 49–46).

Poirier was riding on a five-fight winning streak before losing to Khabib Nurmagomedov. He defeated the likes of Holloway, Justin Gaethje, Anthony Pettis and Jim Miller

Who do you guys want to see Dustin Poirier fight next? Should he fight Holloway at 145?