Eagle FC 44 was held by Eagle Fighting Championship on January 28, 2022, in Miami, Florida, USA. The main event was initially set to feature the former Showtime champion Tyrone Spong and UFC veteran Antonio Silva, but Silva was forced off the card on December 13 due to undisclosed reasons. Instead, the event was headlined by a heavyweight bout between Tyrone Spong and Sergei Kharitonov. In the co-main-event Former UFC champion, Rashad Evans ended his retirement and faced Gabriel Checco. Also, former UFC Flyweight title challenger Ray Borg who was cut from the UFC fought Cody Gibson. The event was available to stream for free by signing up on the Eagle FC website. 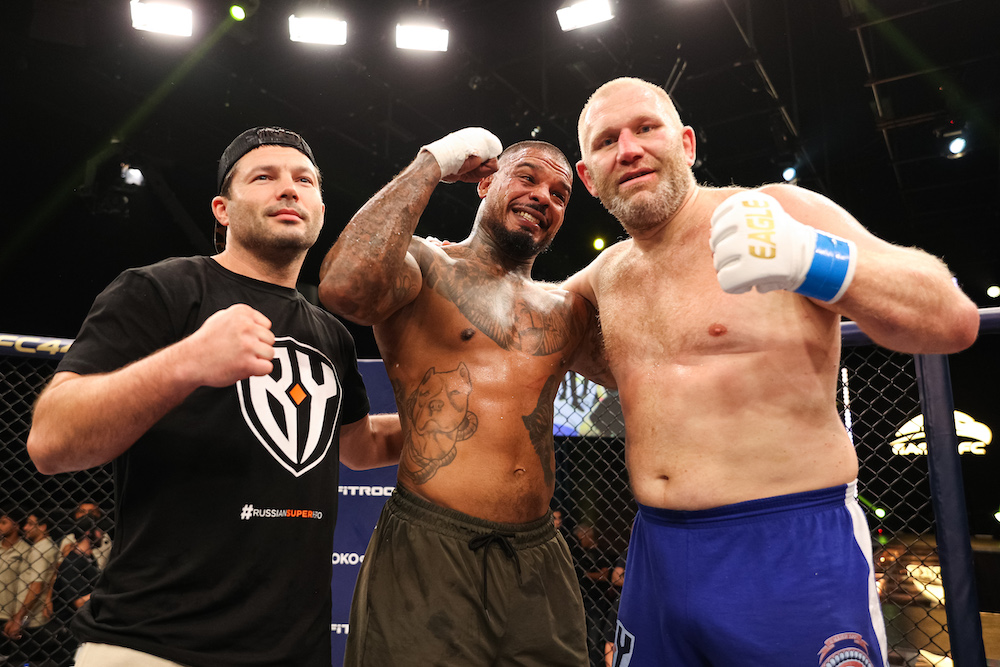 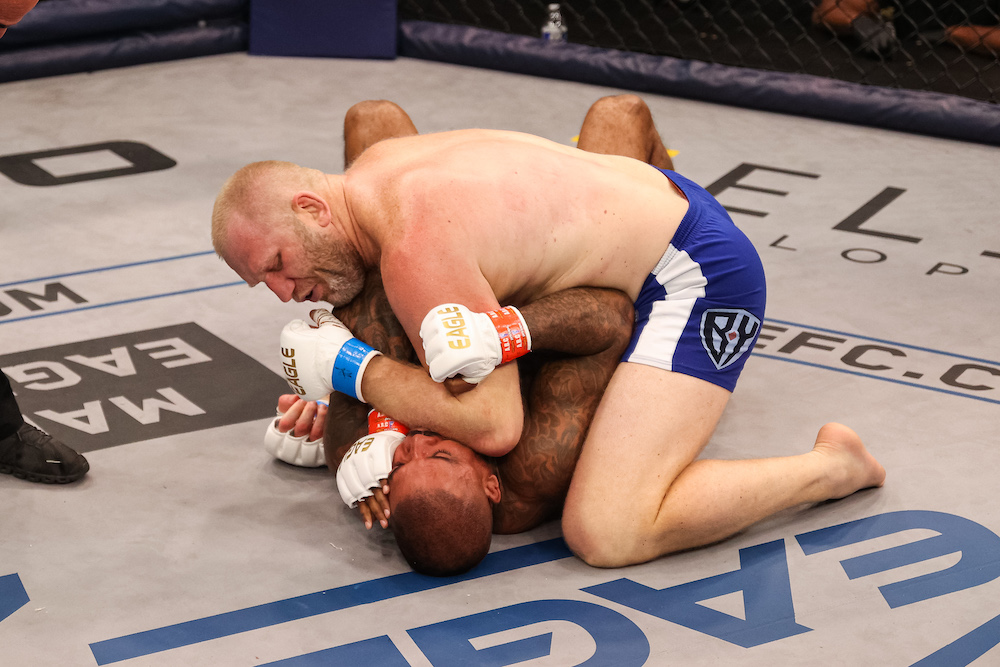 Kharitonov got a takedown in the first round. He went for a choke and neck crank from side control but Spong was able to defend and get out. Kharitonov then moved to mount and landed ground-and-pound while Spong tried very hard looked to get up. They ended the round on the ground while they were both exchanging shots on the ground. 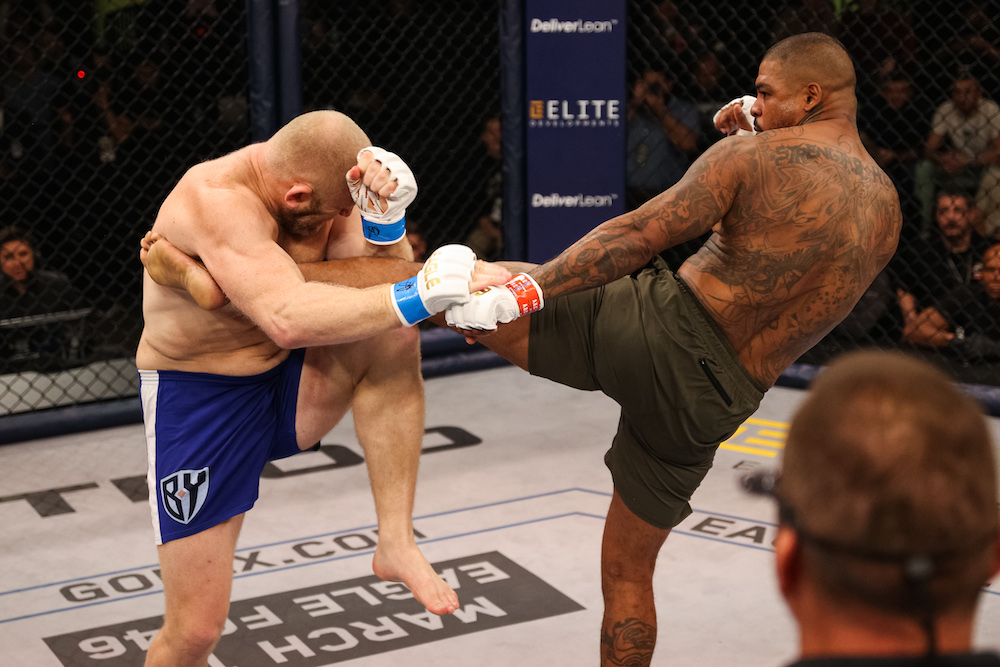 The second round was pretty good for Spong in the early moments but he couldn’t stop Sergei from taking him down. prior to getting taken down Spong landed some amazing shots and was looking good but after going down he wasn’t able to do much. Kharitonov got the takedown and landed some brutal ground and pound and got the referee looking g carefully before he stopped the fight and declared Kharitonov the winner by TKO. 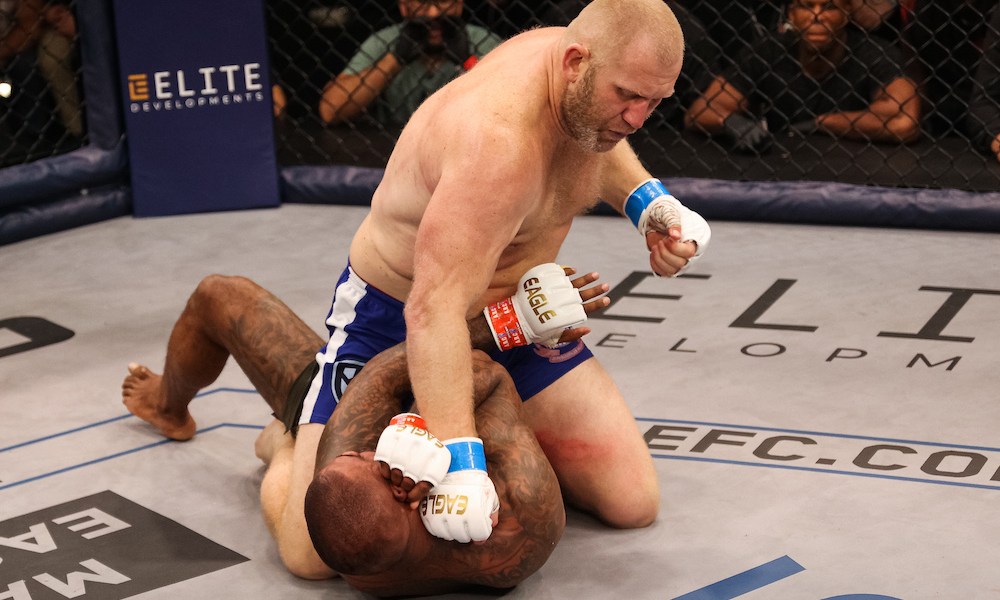 After getting the win Kharitonov said “I want to continue to fight for Eagle FC and fight for the belt,”  through an interpreter during his post-fight interview with Henry Cejudo.

Sergei Kharitonov def. Tyrone Spong by TKO (strikes on the ground) at 2:55, R2