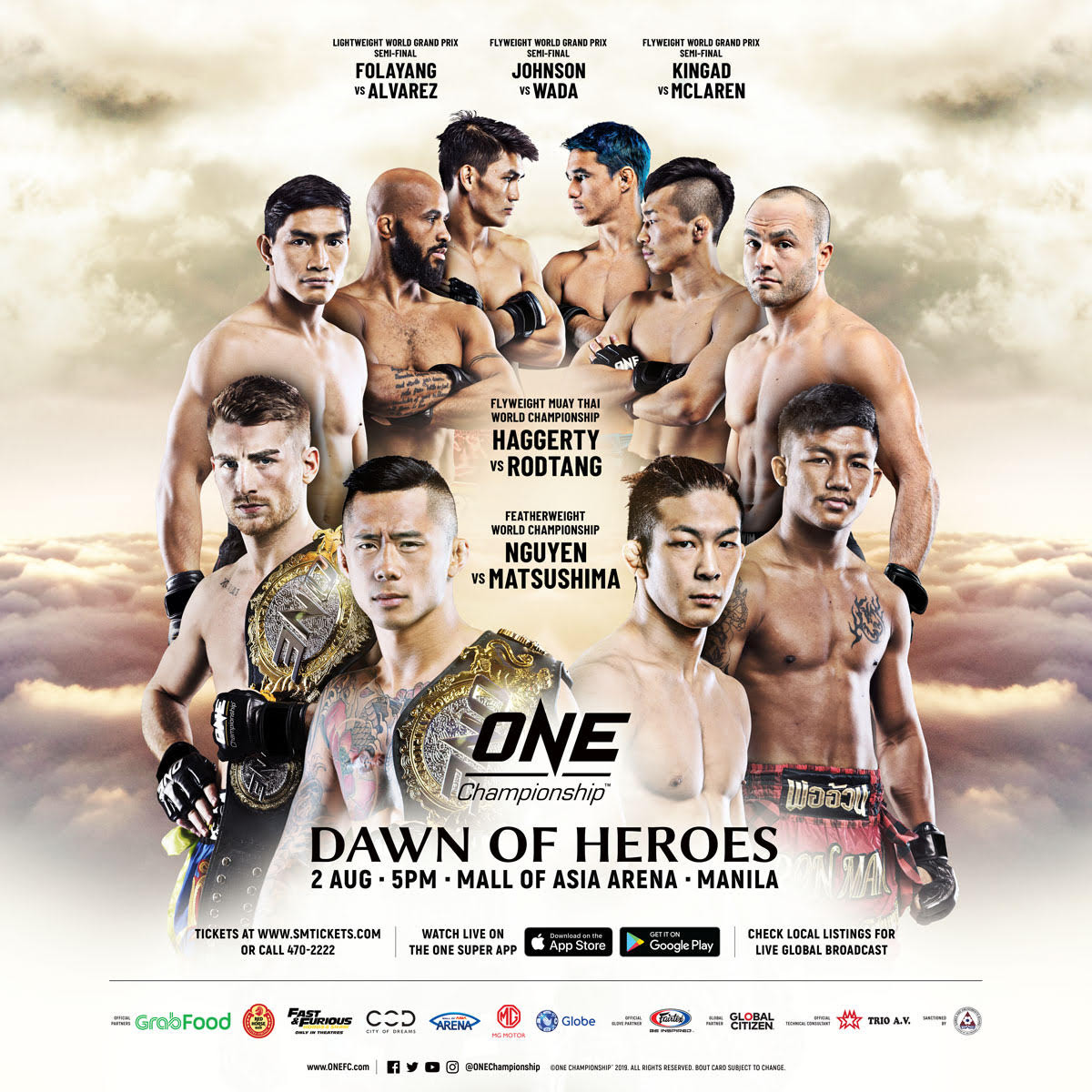 The largest global sports media property in Asian history, ONE Championship™ (ONE), has just announced that multiple-time World Champion Eddie “The Underground King” Alvarez of the United States and his opponent, former ONE Lightweight World Champion Eduard “Landslide” Folayang of the Philippines, will enter the ONE Lightweight World Grand Prix Semi-finals after Timofey Nastyukhin was forced to withdraw from the tournament due to injury.

A four-time Lightweight World Champion, Alvarez is not just an incredibly exciting martial artist – he is also the only man in history to have claimed World Titles in both of North America’s leading promotions. Now that he is on the global stage, he is intent on cementing his status as an all-time great by capturing the ONE Lightweight World Championship to become the first man to conquer the three largest organizations on the planet.

He hit a stumbling block in his ONE Championship debut however, when he ran into Russian knockout artist Timofey Nastyukhin. Now Alvarez is on the comeback trail, and will need to defeat Filipino icon Folayang if he hopes to reinvigorate his chances at the ONE World Title.

Folayang, on the other hand, is the former ONE Lightweight World Champion. Born in Baguio City, he joined the Philippines Wushu Team, and won several gold medals to become a national hero. “Landslide” then transitioned to mixed martial arts under the instruction of Mark Sangiao at Team Lakay, and captured a Filipino Welterweight Championship in his June 2007 debut. Folayang made his promotional debut in the main event of ONE Championship’s inaugural show in September 2011.

Five years later, he returned to Singapore to capture the ONE Lightweight World Title, defeating the legendary Shinya Aoki. After losing the title, and then regaining it once more, Folayang defended the belt last March in a rematch with the Japanese warrior. The Filipino unfortunately fell via first round submission.

Up next for Folayang is perhaps the most difficult test of his career in the form of lightweight great Alvarez. The winner of this bout moves on to face Turkish sensation Saygid Guseyn Arslanaliev in the ONE Lightweight World Grand Prix Finals.