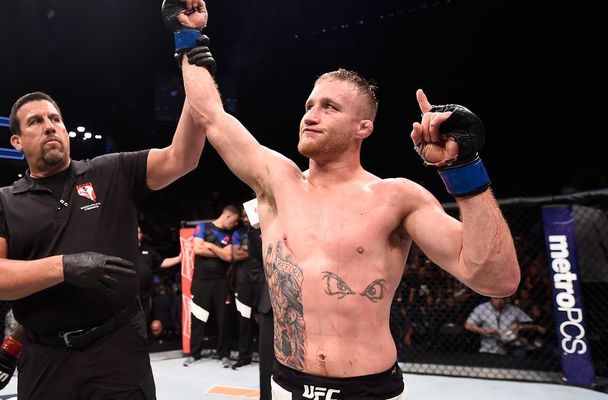 The former WSOF lightweight champion Justin Gaethje has been on a roll ever since changing his fighting styles and tweaking his strategies to competing just slightly. Since his last loss to Dustin Poirier last year, he has now won three fights in a row. The most impressive victory of them all arguably coming last night against the former UFC lightweight title challenger and one of fan favourite fighters Donald Cowboy Cerrone. His victory was so impressive that it led his former opponent and the former UFC lightweight champion Eddie Alvarez to proclaim that he is the most exciting fighter in the UFC.

Gaethje faced off against Cerrone in the main event of UFC Fight Night158 and knocked him out in the very first round. 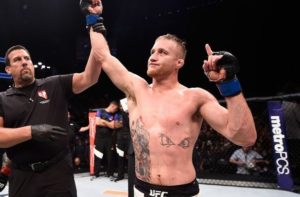 Alvarez tweeted out praising Gaethje and claimed that is the most entertaining fighter to watch in the UFC. He also went on to say that he hopes Gaethje gets paid soon. Here’s what he had to say:

Say what you want Justin is the most entertaining fighter to watch in whole UFC. Hope he’s getting paid soon