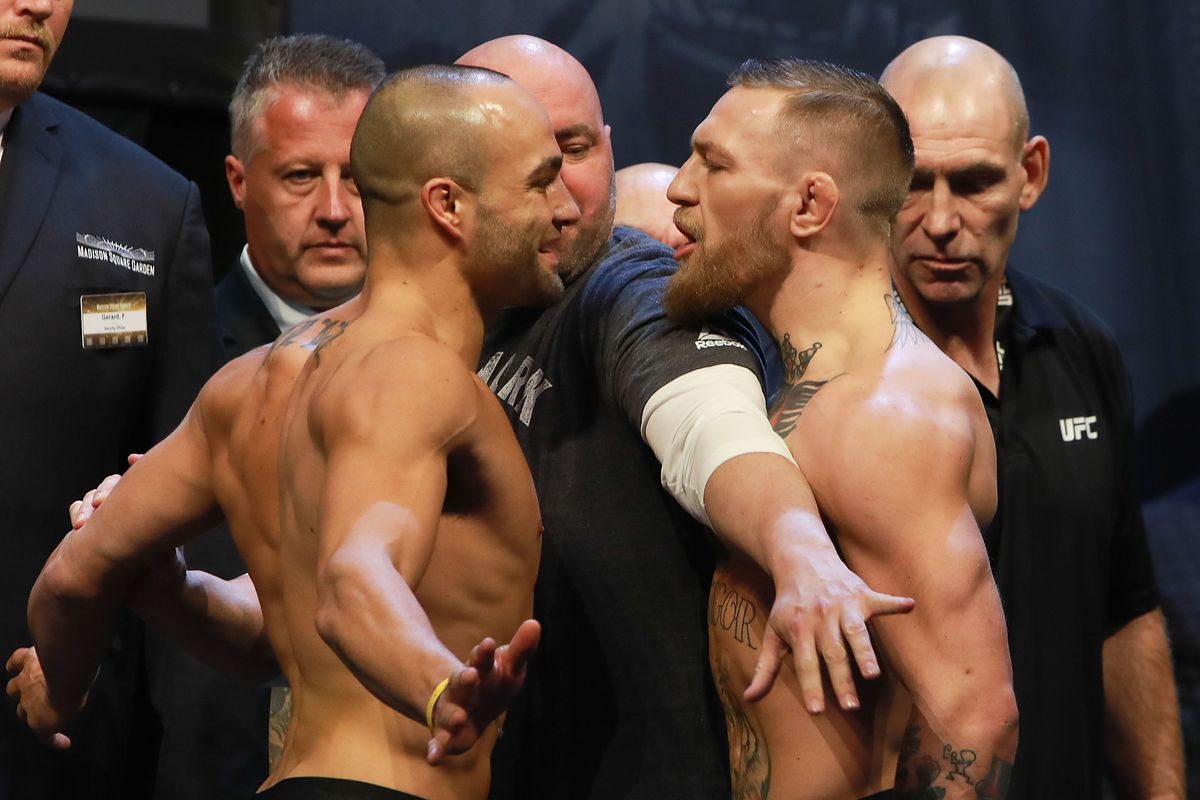 Former UFC lightweight champion Eddie Alvarez has said that Conor McGregor needs to become motivated and hungry if he ever wants to lift the UFC gold again.

Poirier executed his game plan perfectly and invested in low calf kicks early in the fight and also managed to score a takedown early in the fight. While he also ate a couple of hard shots from McGregor early on, ultimately the calf kicks caught up to the Irishmen and he got knocked out for the first time in his professional MMA career.

Eddie Alvarez fought Conor McGregor at UFC 205 back in 2016 at the Madison Square Garden and was knocked out in the second round, thus propelling the Irishmen to the upper echelons of popularity.

“(Dustin) put a sprint on (Conor),” Eddie Alvarez said to Morning Kombat (via Middle Easy) about Conor McGregor’s UFC 257 loss. “Mike Brown had a good game plan of chopping that lead leg down, they chopped that down really well. Then Dustin put that sprint on him that Dustin does so well.

“It caused panic, caused Conor to make mistakes. Conor wasn’t able to stay outside and be creative, and Dustin put him away,” Alvarez continued about. “He has the power to do that. If anybody deserves the accolades and that kind of victory, and a big crowd, it’s Dustin Poirier. He’s fought the best of the best in that division, one after another, and he deserves that victory.”

Eddie Alvarez has said that while Conor McGregor is still an elite fighter, he has to get back to his old self.

“I think it’s difficult to fight with $100 million. It’s very simple to fight when you ain’t got a pot to piss in or a window to throw it off,” Eddie Alvarez said. “You almost have to fight. It needs to become part of your character in order to be successful. You need to become a fighter.

“(Conor’s) done that, and he’s showed that he can do that and beat the best guys in the world when he’s hungry and motivated,” Eddie Alvarez said. “He’s got to sit down, reevaluate some things, and find that guy again that he was. I think he’s inside of him, but it’s a matter of bringing him out, evoking that ego, evoking that guy again. It’s going to be his own choice and his own desire.” (H/T – BJPenn.com)

Do you guys agree with Eddie Alvarez? Let us know in the comment section below.