UFC: Eddie Alvarez reveals why he didn’t step in to replace Tony Ferguson at UFC 223 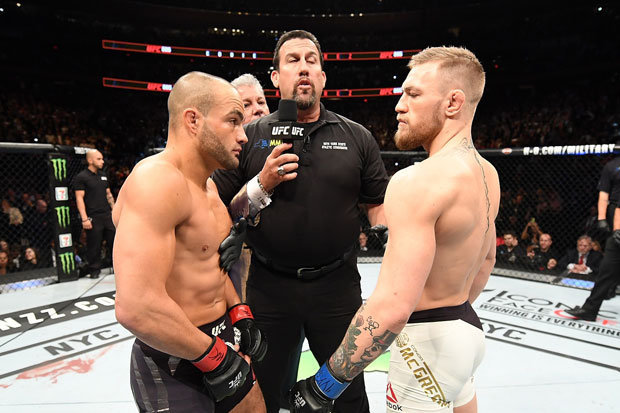 The fans were shocked to find out that Tony “El Cucuy” Ferguson has suffered an injury and has been forced to pull out of the upcoming title bout at UFC 223. What was even more shocking to certain fans was that the UFC featherweight champion, Max Holloway will now step up to face Khabib Nurmagomedov and not a fellow lightweight. It has now been revealed that the UFC had initially offered the fight to former UFC lightweight champion, Eddie Alvarez. However, he had rejected the offer citing that there was too little time to cut the weight. 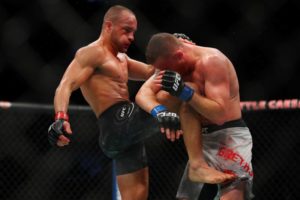 “The Underground King” recently spoke to MMA Fighting. Here’s what he told them:

I’ll be honest, I’m disappointed in myself a little bit because I kind of had the foresight to see this happening, I even talked about it happening but when it got like three to four weeks out, I just said ‘F**k it, these guys are gonna fight. There’s really no reason for me to be ready.

I’m every bit of 190 right now so there wasn’t even a small chance that I could make 155. . . I asked about doing a catch-weight at welterweight but all they asked me was what’s the lowest that I could get to. I’m probably a little more than 190. I’m heavier than I’ve ever been because I haven’t fought in a long time.

Previous articleUFC: Max Holloway faces one of the biggest weight cuts in UFC history
Next articleUFC: Conor McGregor reacts to Tony Ferguson pulling out of UFC 223