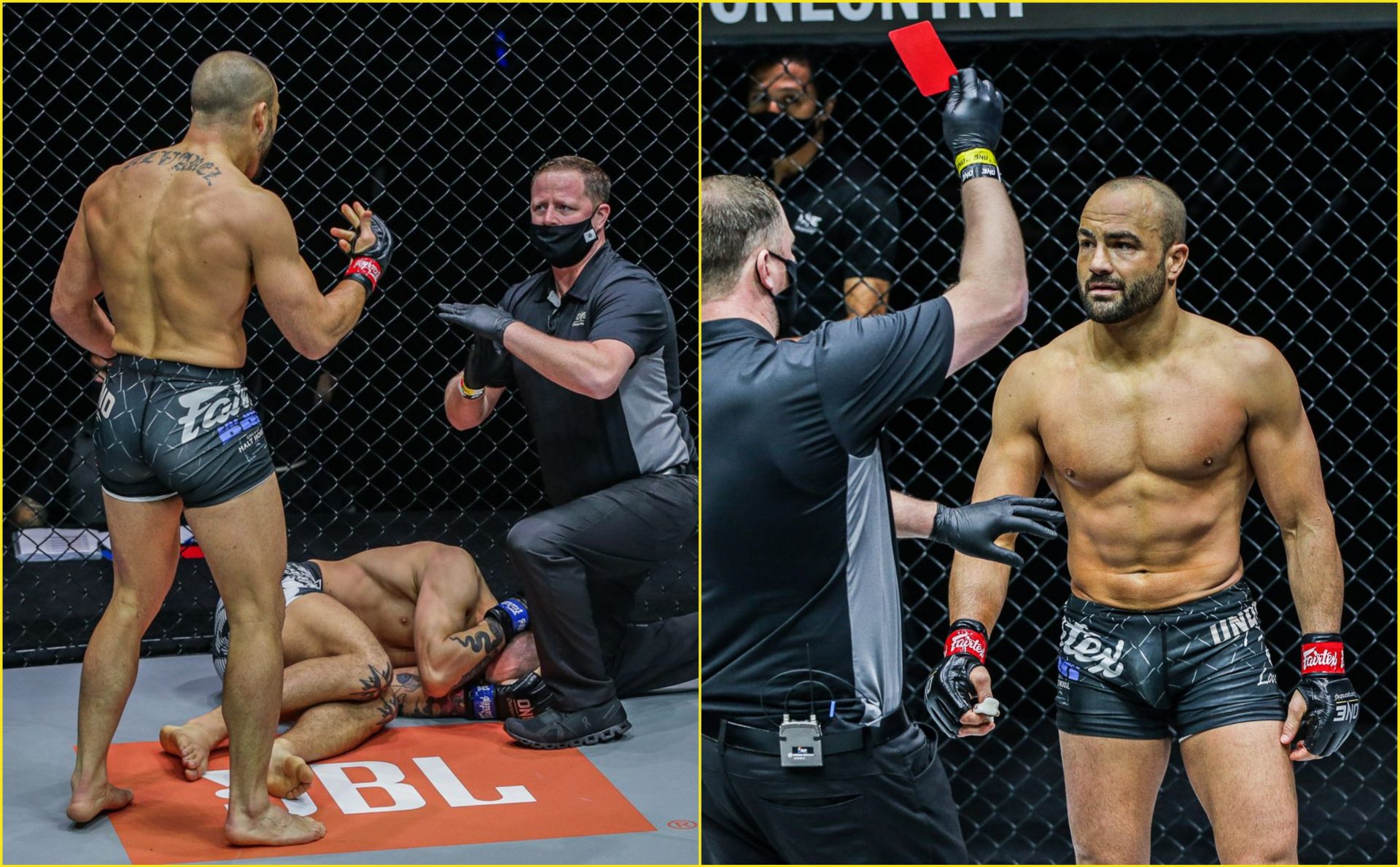 Former UFC and Bellator lightweight champion Eddie Alvarez had a controversial loss yesterday at ONE Championship against Iuri Lapicus in the co-main event of ONE on TNT 2 which took place in Singapore.

The fight ended in round 1 after Eddie Alvarez was disqualified for hitting Lapicus in the back of the head. In the opening round, Alvarez shot for the takedown and successfully secured it and then he managed to get on the top position. 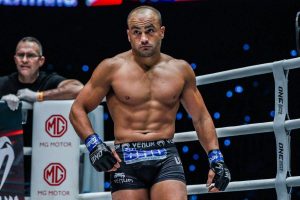 Upon securing the top position, he landed a punch that seemed to have landed on the backside of the head and this immediately resulted in referee giving Eddie Alvarez a warning. He then followed up with hammer fists. This should have resulted in Eddie Alvarez securing the TKO win, but the referee took out the red card that ended up in Iuri Lapicus getting a DQ win.

“I was able to watch the clip of the fight and see everything, and it was a bad call from the referee’s side,” Alvarez said following Wednesday’s event at Singapore Indoor Stadium.

“If I was punching him in the back if the head, then you stand him up, right?” Alvaez asked. “And I get a point (deducted)? You don’t let me knock the guy out. I knocked the guy out. He turned his head, and they just let me keep hammerfisting him. Stand it up. If there’s illegal shots going on, stand the fight up.”

“I just need to sit down and talk to ONE, make sure they correct this,” Alvarez said. “It’s not right. What happened was not right.

Do you guys think Eddie Alvarez will be able to get the decision overturned? Let us know in the comment section below.

Previous articleJorge Masvidal says he will rematch Nate Diaz and break his face, ribs, and spirit
Next articleValerie Loureda to fight Hannah Guy at Bellator 258