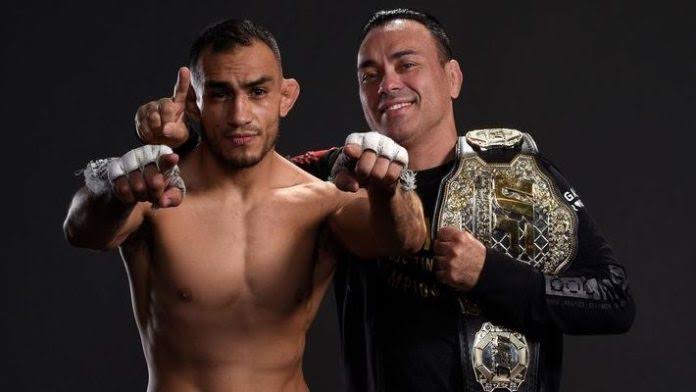 Both of them riding an unprecedented 12-fight winning streak, Nurmagomedov holds the longest winning streak in UFC with 28 wins. Not so surprisingly, he walks in as a 3-1 favourite over Ferguson.

However many including Ferguson’s BJJ coach Eddie Bravo, believe he will be the one to dethrone Nurmagomedov. Nurmagomedov being an elite wrestler, will take Ferguson down. However Ferguson is known for his offense off his back be it the submissions or his brutal elbows. Ferguson is also known for his trademark d’arce choke and a haphazard takedown attempt will pull it out. 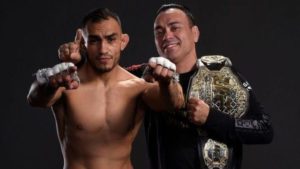 That’s exactly what Bravo believes as speaking with Joe Rogan on his podcast, the BJJ wizard explained the weapon of choice for his athlete on game day.

“Tony wrestled his whole (expletive) life,” Bravo said. “There’s a light year difference between Conor’s wrestling and Tony’s wrestling, so you’ve got that. Tony will throw D’Arce (chokes) standing and from all different angles, and while you’re trying to take him down. So Khabib’s got to worry about that.”

Ferguson has three wins by the way of d’arce choke. He also has one win by triangle choke off his back which was initiated by elbows from the bottom. Bravo further said, Ferguson has other tricks up his sleeves as well if the above techniques won’t show up.

“Khabib has my respect a million percent – that guy’s insane. But Tony has so many (expletive) weapons. He might have more weapons than anyone in the history of the UFC.”

Bravo also pointed out the fact that Nurmagomedov’s earlier fights against Gleison Tibau and Rafael Dos Anjos did show some vulnerabilities which they look forward to capitalize upon.

Bravo wholeheartedly believes Nurmagomedov to be one of the best fighters in the world. However believes Ferguson will get the job done on April 18.