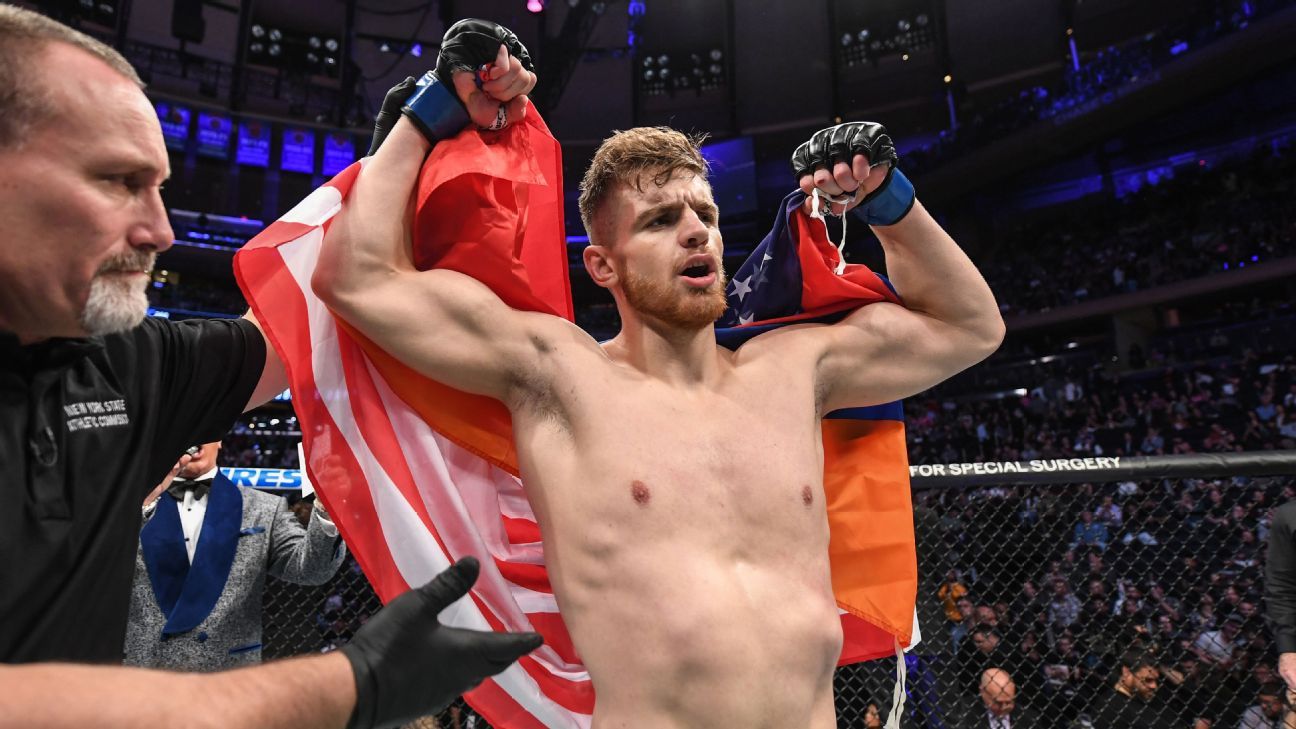 He was TKO’d in the third round and this marked the first career defeat for the ‘Golden Boy’ which snapped his 11-fight winning streak.

Now he will be returning against a veteran in Jack Hermansson at UFC 262, which will take place at the Toyota Center on May 15 and will be headlined by a lightweight championship fight featuring Michael Chandler and Charles Oliveira.

How Edmen Shahbazyan learned his lesson from his first career loss

Ahead of his fight at UFC 262, Edmen Shahbazya revealed in an interview that he has used his first career loss as a learning lesson.

“A lot. Of course, it was my first career loss and I use it as a big-time learning lesson. I was kind of going in there to hunt for the finish and look to finish him right away and I gassed myself out like that because I was looking for one shot to put him out. It’s experience, he is an experienced guy, too,” Shahbazyan said to Just Scrap Radio on BJPENN.com. “He weathered the storm, stayed calm, and eventually went in his favor. As far as learning from the fight, I learned a lot about myself and some things I needed to change up in training and it has been going really well now and I can’t wait to fight on May 15.

“I was looking to put him away. In my mind, I was like I got to put this guy away, I got to put this guy away. It wasn’t happening and by mid-second round is when I really gassed out,” Shahbazyan later added. “People think I was completely out in that fight, I wasn’t out. It looks like I’m out, but I was consciously there. Went to the doctor’s, I recited everything, I’m just exhausted. I remember every moment in the fight. When you get that adrenaline dump, you need at least 20-30 minutes to recover from.”

Edmen Shahbazyan also didn’t give any excuses for his loss last August and said that he gassed out in the fight.

“No excuses. I lost my last fight fair and square, I gassed myself out and that’s pretty much it,” Edmen Shahbazyan concluded. “No excuses.”

How do you guys think Edmen Shahbazyan will perform against Hermansson? Let us know in the comment section below.