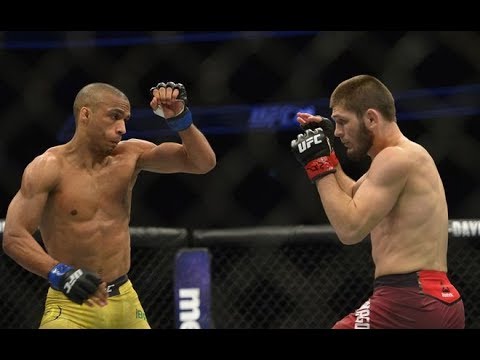 Edson Mendes Barboza Jr. is a Brazilian mixed martial artist and former Muay Thai kickboxer who competes in the lightweight division of the Ultimate Fighting Championship. As of January 4th, 2018, he is ranked #4 in official UFC lightweight rankings. Barboza lost his last fight against Khabib Nurmagomedov at UFC 219 and he is upset about that loss.

”I really didn’t expect that to happen, man. I was very upset the week after the fight because I was well prepared, had a wonderful camp. It was a tough loss, no doubt about it.”

”It was pretty much how we imagined it. I knew he wouldn’t take me down in the middle of the Octagon. I knew that his only chance to take me down was close to the fence, so I obviously worked that a lot, but he was able to impose his game, and I couldn’t get out of there. That was the problem. I fell in his game, I spent 15 minutes doing his game.”

”Honestly, I didn’t expect that. He walked backwards in all of his previous fights before he went for takedowns. I was prepared for it, but I thought he would do what he always did, to avoid the striking. It surprised me that he moved forward.”

”I’m still among the best in the rankings, so I want to fight someone as close as possible to me,” Barboza said. “The dream continues. I want my chance for the belt, I want to be champion. The only way I’ll get there is by taking down these guys close to me in the ranking.”